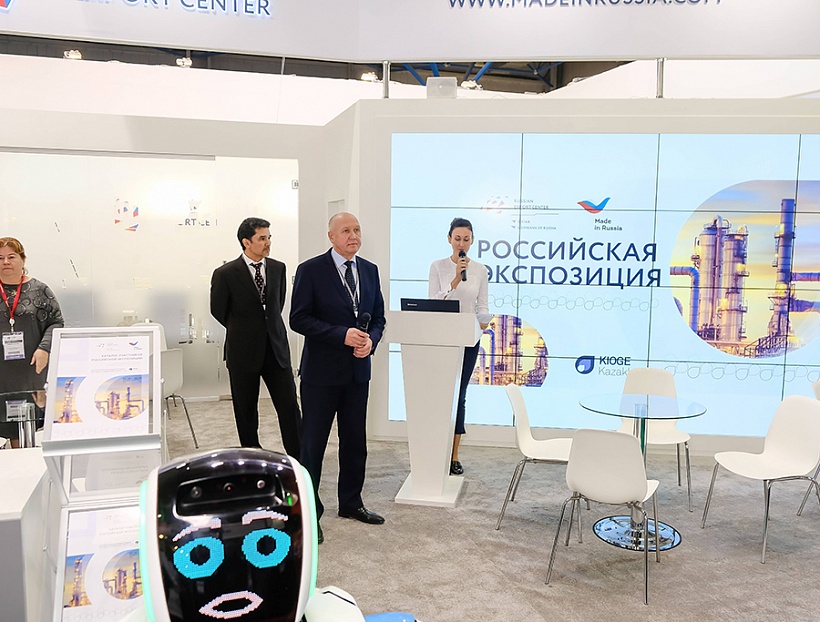 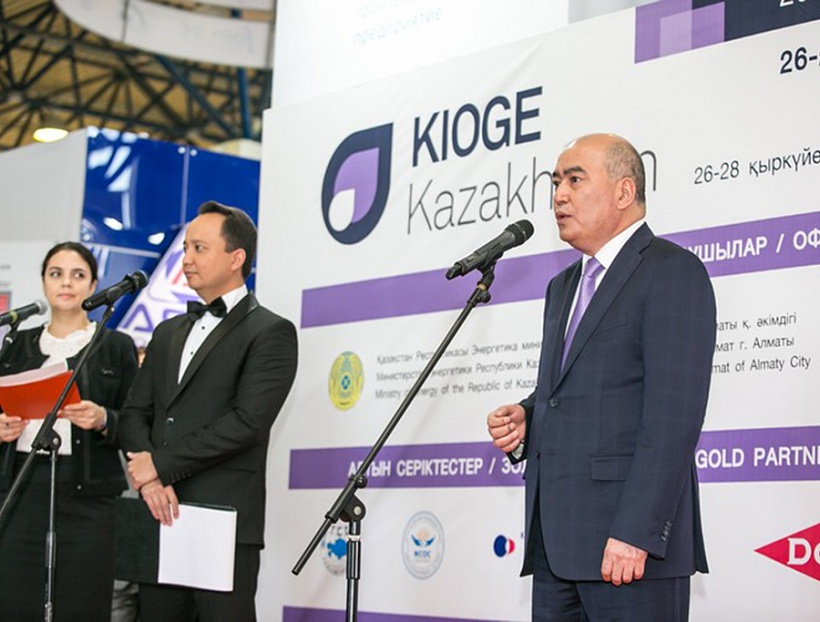 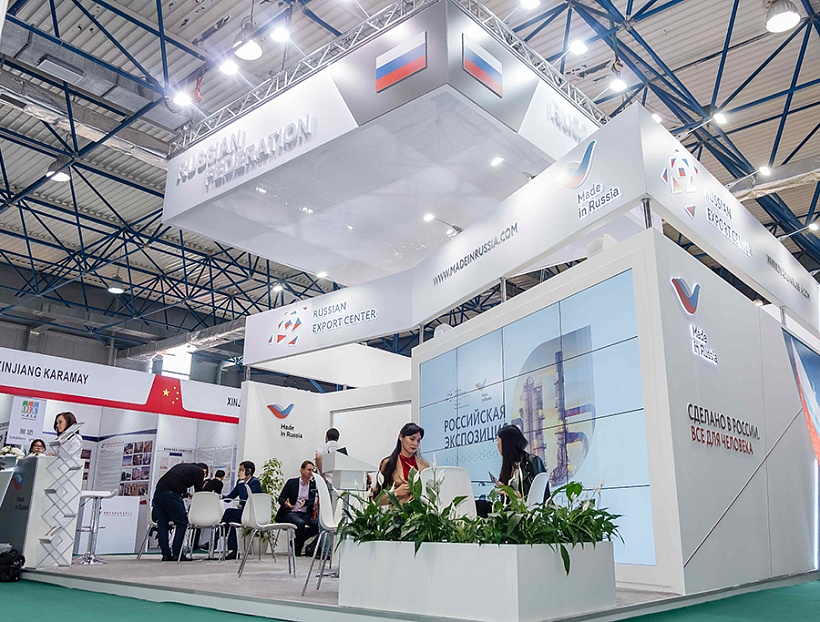 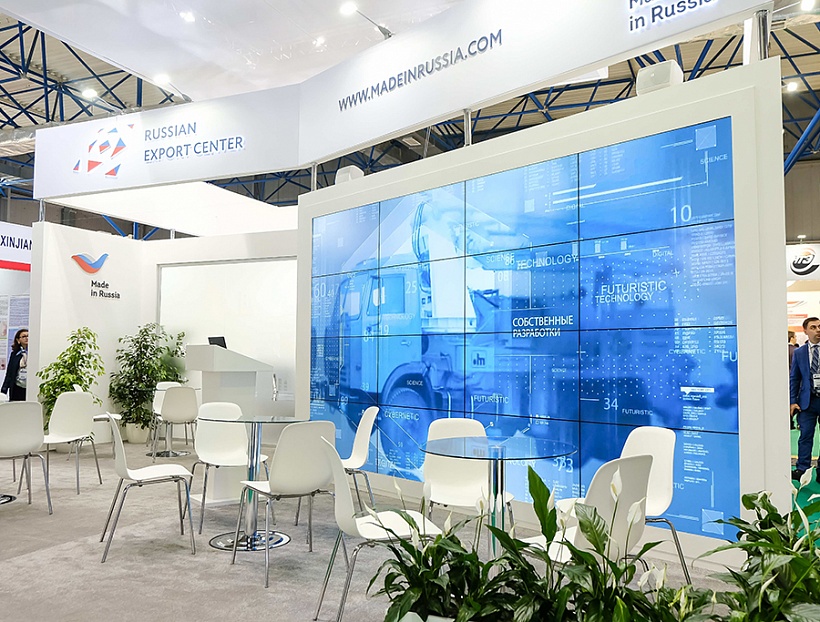 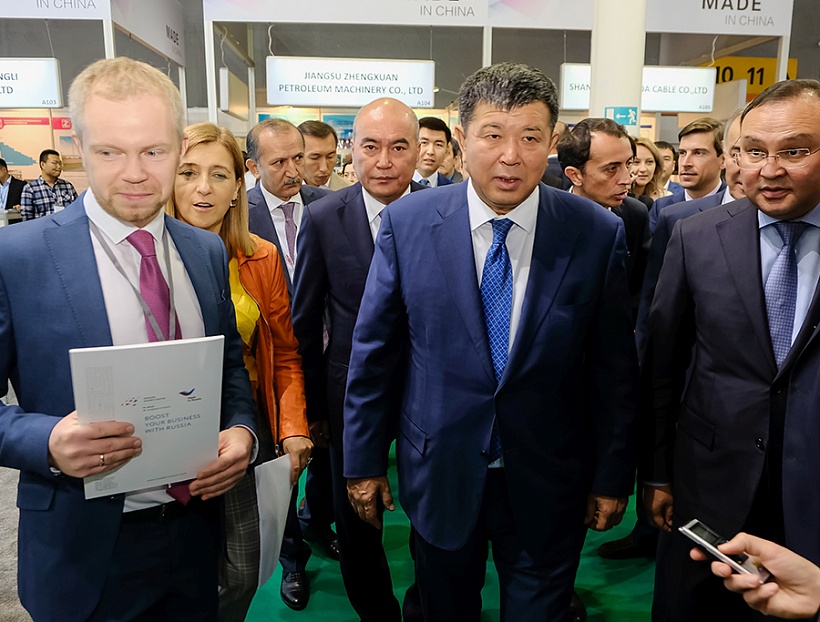 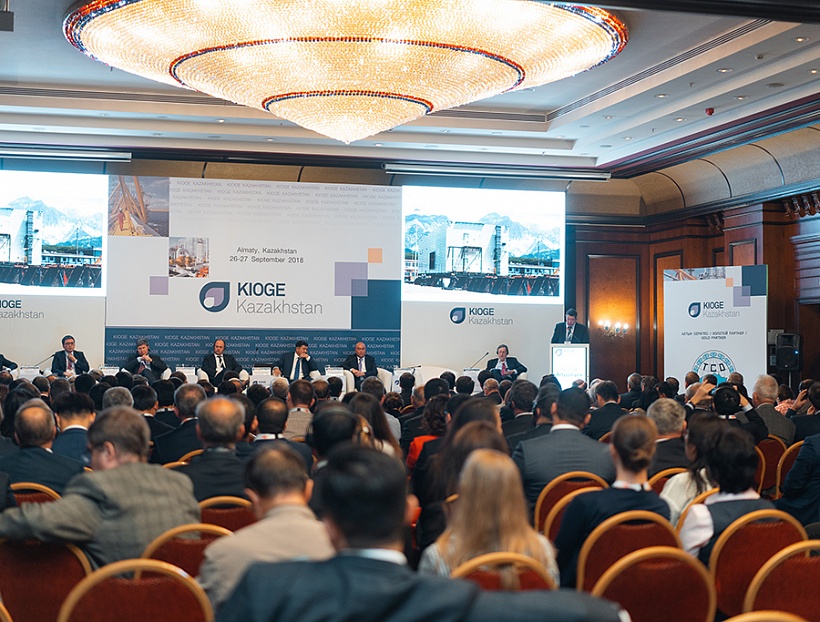 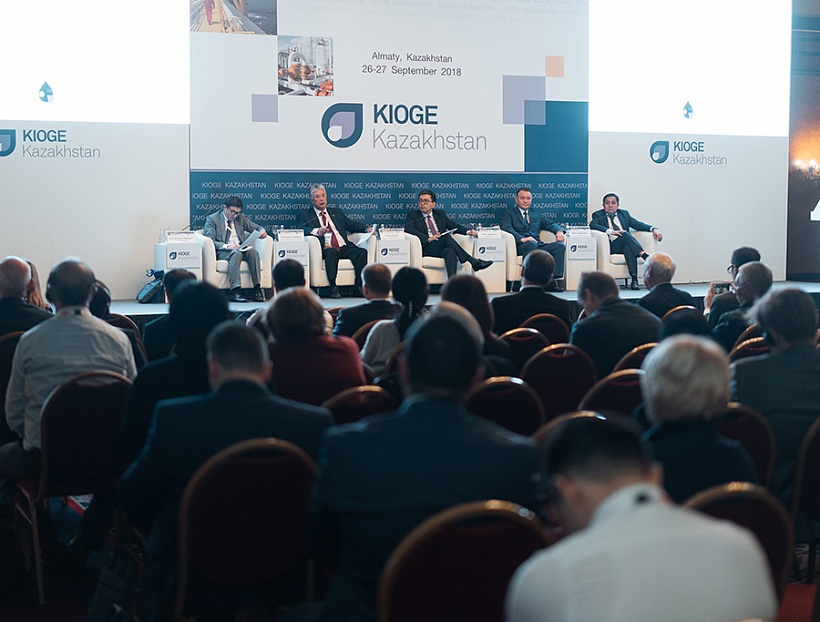 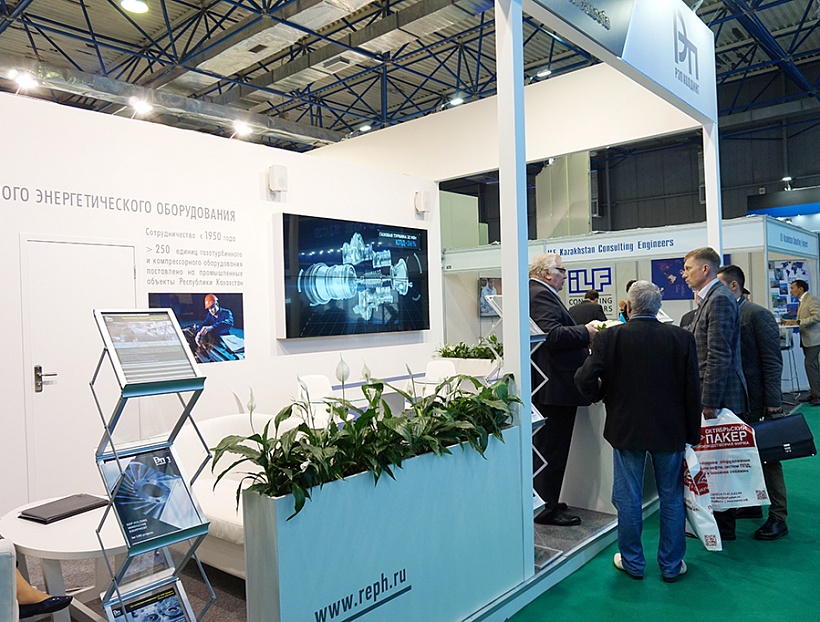 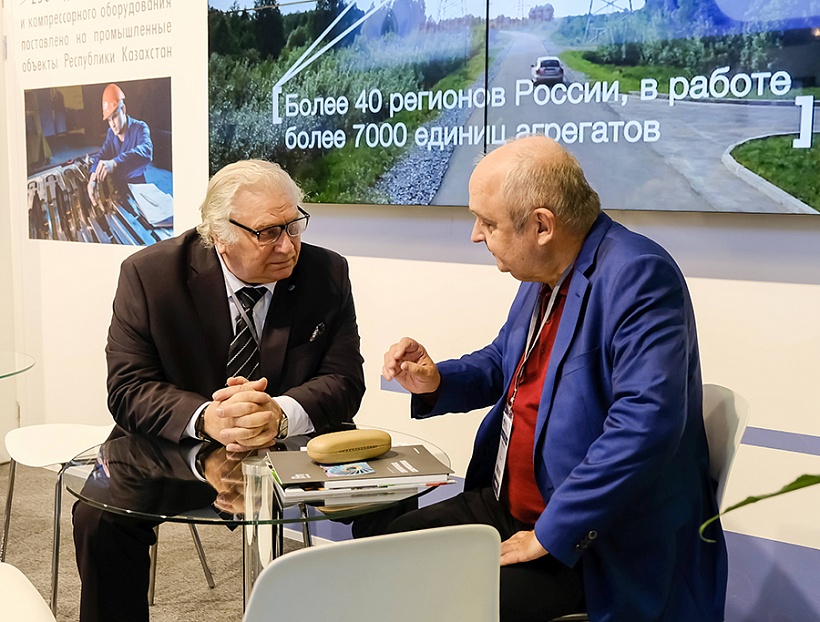 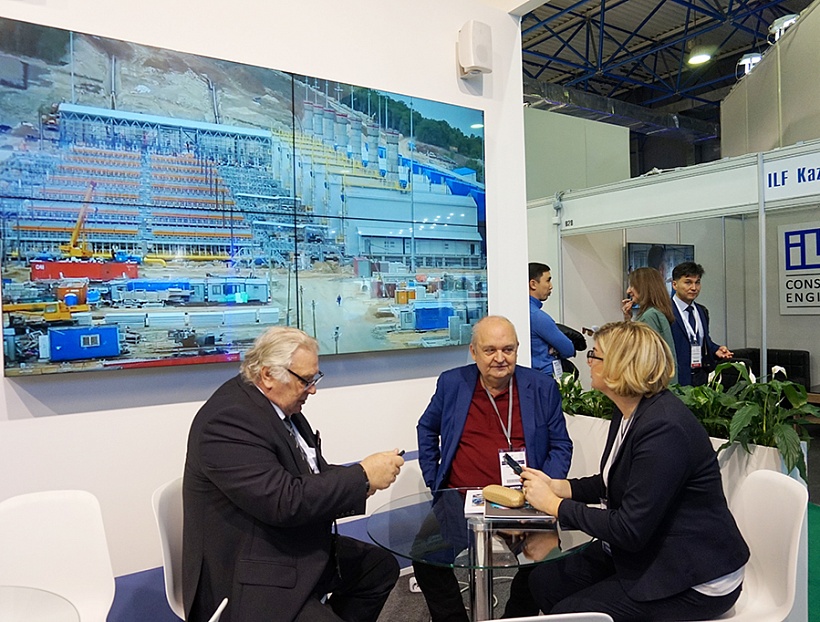 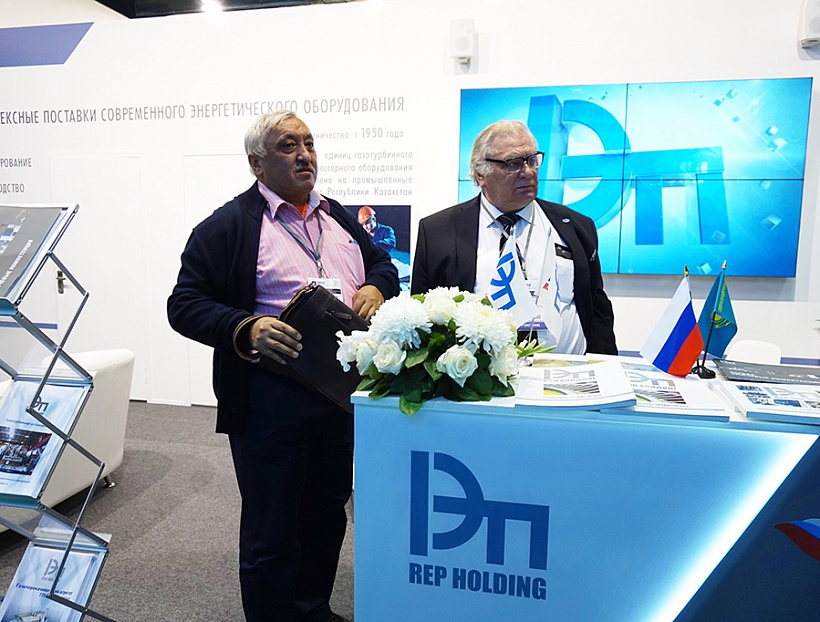 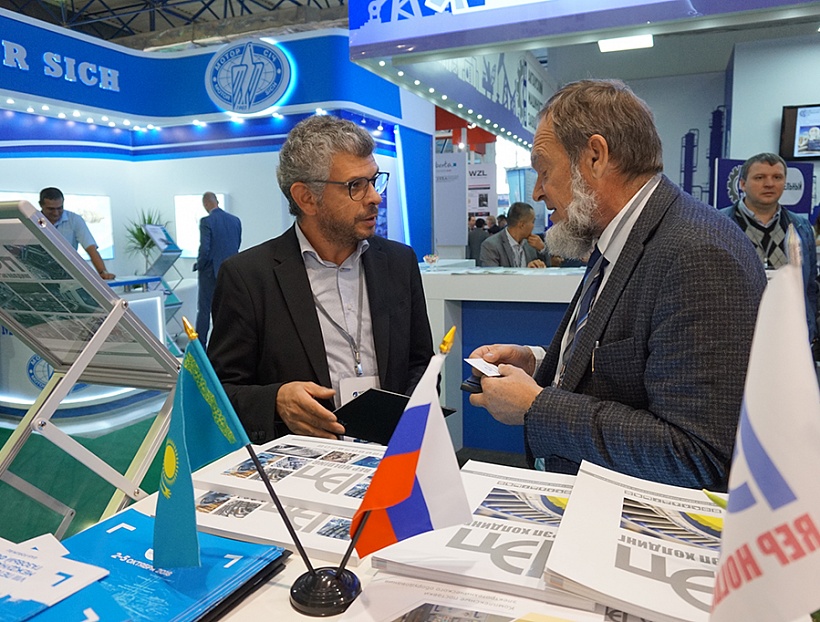 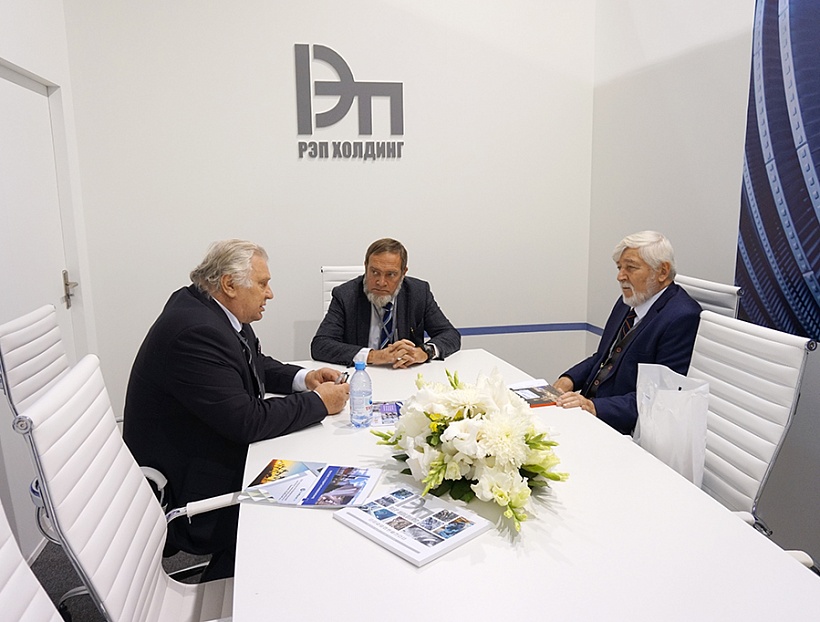 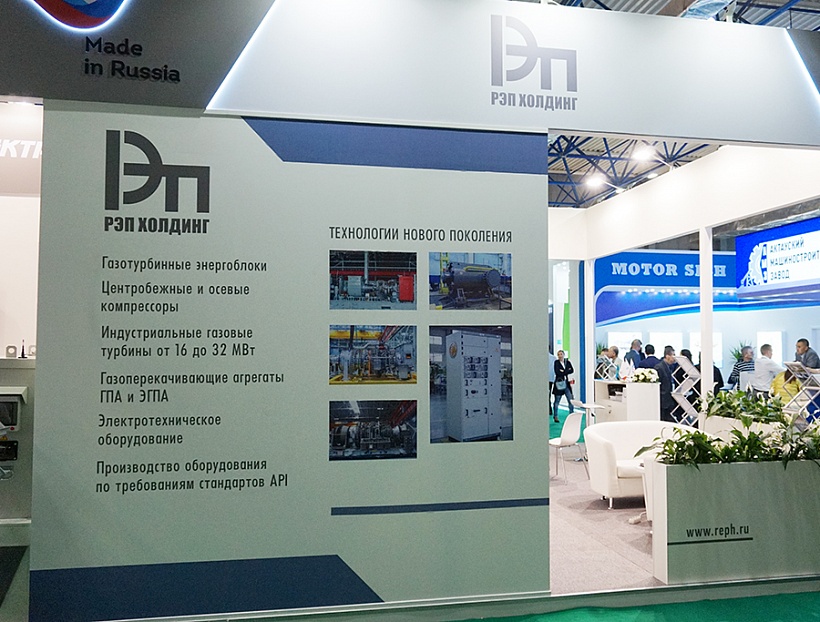 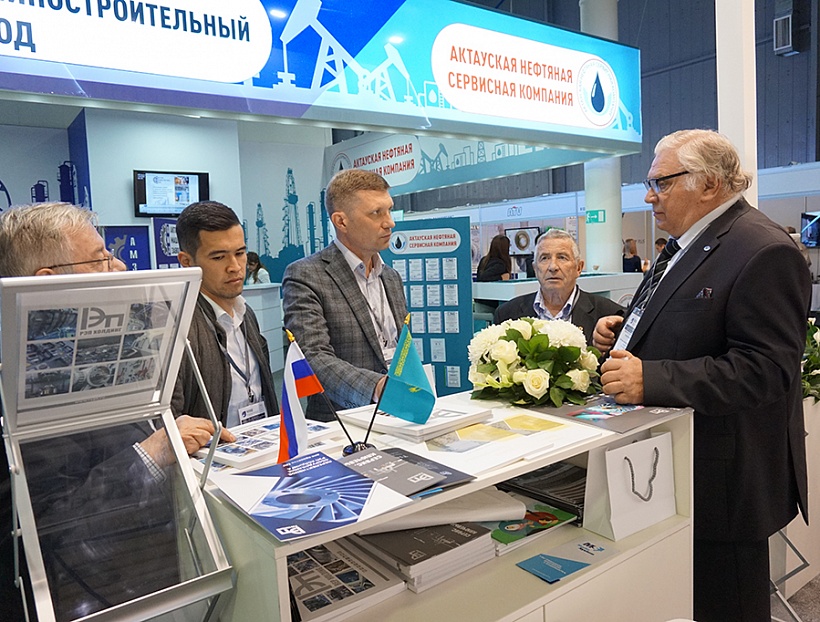 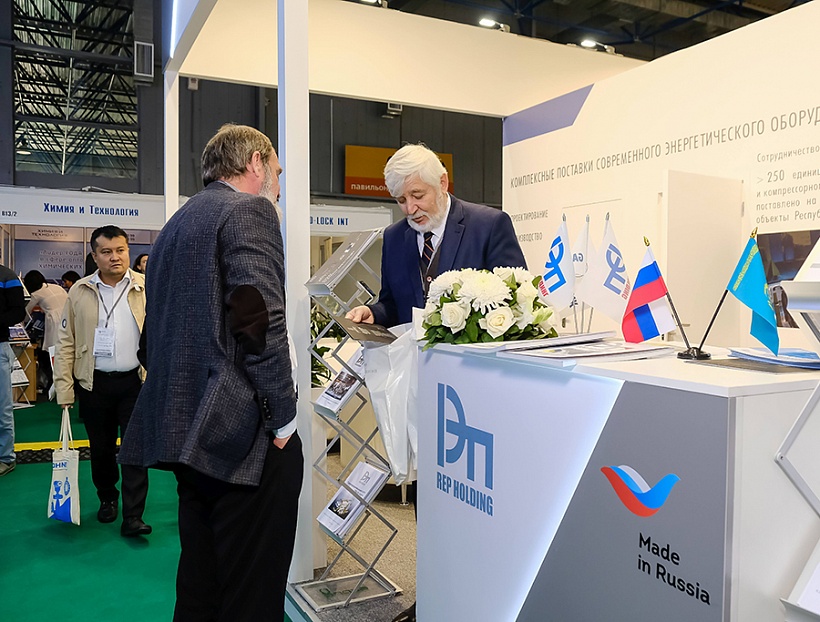 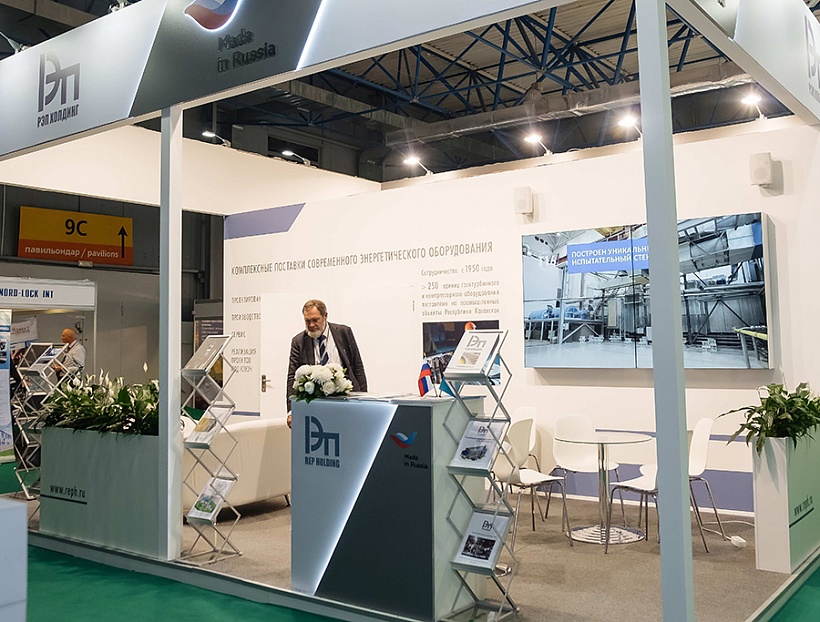 REP Holding took part in the 26th Kazakhstan International Exhibition «Oil & Gas - KIOGE 2018». The central event of the oil and gas industry of Kazakhstan was held in September 26-28 in Almaty.

250 companies from 15 countries all over the world took part in the largest-scale industry exhibition in Central Asia in this year. Russia, Canada, China and Germany were represented by their national stands.

REP Holding was presented as part of the exposition of the Russian Export Center, the exposition was jointed under the common brand MADE IN RUSSIA. REP Holding presented its competences, innovative solutions and developments in the field of modern power equipment production.

During the official route of the exhibition, the jointed stand of the Russian exposition was visited by: RF Trade Representative in the Republic of Kazakhstan Mr. Alexander Yakovlev, the First Vice-Minister of Energy production of Kazakhstan Mr. Makhambet Dosmukhambetov, Almaty city Akim in Deputy Mr. Almas Madiev, Chairman in Deputy of the Board for oil exploration, production and service JSC «KazMunayGaz» Mr. Kurmangazy Iskaziyev, Chairman of the Presidium of the Union of Oilfield Service Companies of the Republic of Kazakhstan - Kazservis Rashid Zhaksilikov, Advisor to the Chairman of the Association KAZENERGY Mr. Arman Satimov.

«Russian Federation», mentioned Mr. Alexander Yakovlev, «is one of the strategic partners for the Republic of Kazakhstan in the oil and gas sector, and the participation of Russian companies at the exhibition is the personification of the close historical bonds that tie our countries».

Since the 1950s, REP Holding enterprises supplied more than 250 units of turbo-compressor equipment to the region. Now, the company is working on the Kazakhstan market, in particular with the largest enterprise in the mining and metallurgical sector, JSC Arcelor Mittal Temirtau, these two companies are the partners in the field of service projects for earlier installed equipment by the Nevskiy Plant, as well as within the frames of new supplies.

The Representatives of REP Holding took part in the International Conference “Oil and Gas”. The central focus of the discussion was on the development of digitalisation of oil production processes and the assimilation of smart-technology. The series of B2B meetings were also held with representatives of the largest Kazakhstani industrial and oil and gas enterprises, including LLP «Atyrau Refinery», LLP «Nitrogen Plant», LLP «KazNIPImunaygas», JSC «KazMunayGaz NK», JSC «NIPIneftegaz», JSC «West Kazakhstan Machine-Building Company», JSC «KazTransGaz», LLP «Aktau Engineering Plant», and also with the representatives of Romanian and Turkish companies.

During the negotiations, the parties discussed the prospects of the partnership in the projects for the reconstruction and expansion of existing facilities, and also the assimilation of new infrastructure objects for the fuel and energy complex of Kazakhstan.

KIOGE traditionally takes place with the official support of the Ministry of Energy of the Republic of Kazakhstan, Akimat of Almaty City, the Association of Legal Entities "Kazakhstan Association of Oil, Gas and Energy Complex Organizations KAZENERGY, JSC «National Company KazMunayGas», the Union of Service Companies of Kazakhstan «KazService», and the Kazakhstan Society of Petroleum Experts (KSPE) and diplomatic missions of the exhibiting countries.