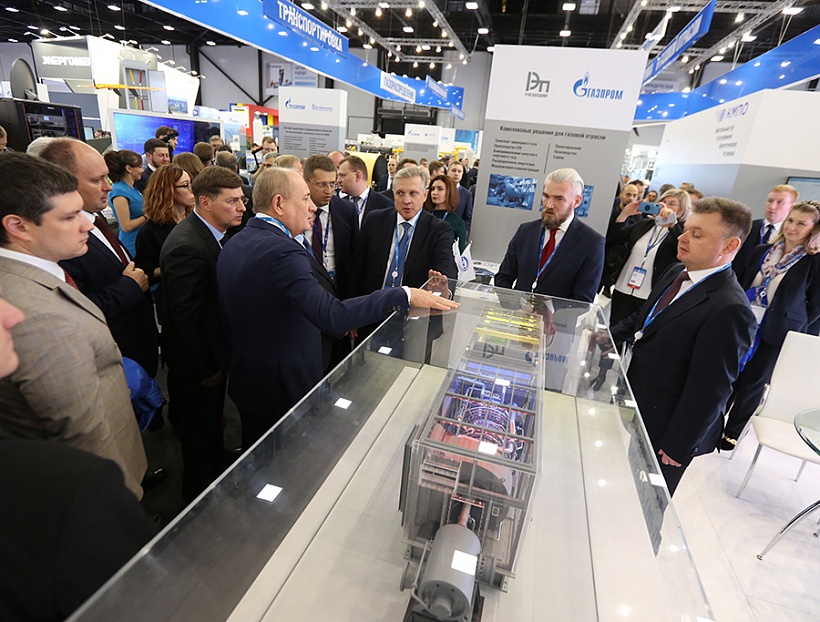 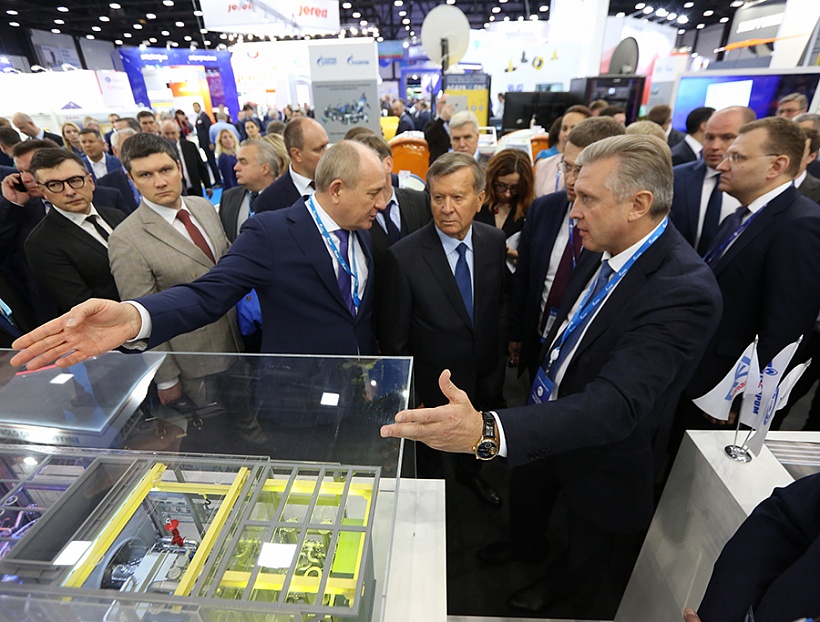 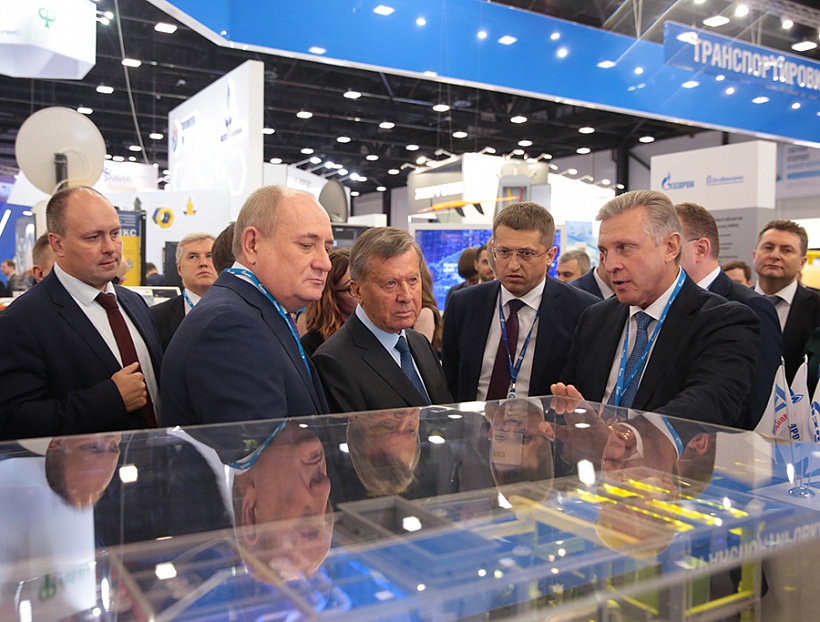 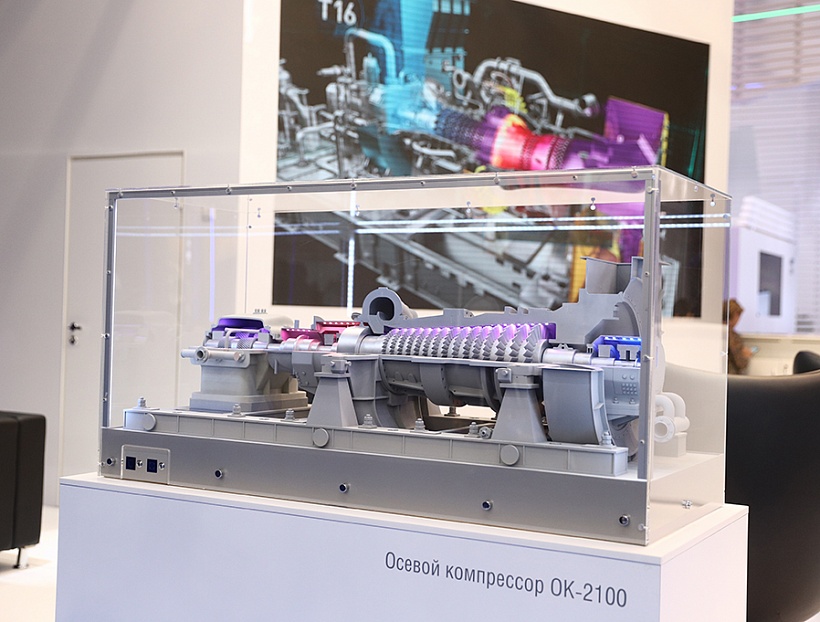 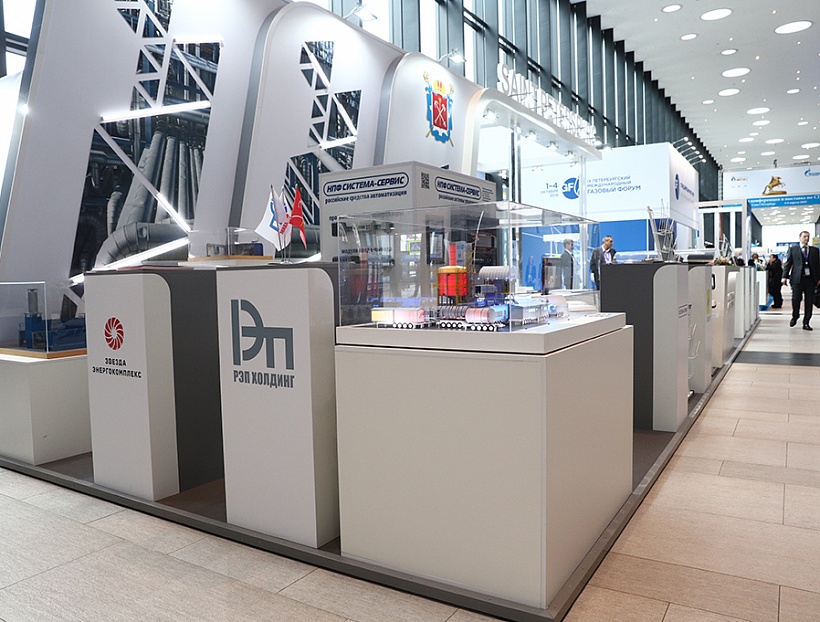 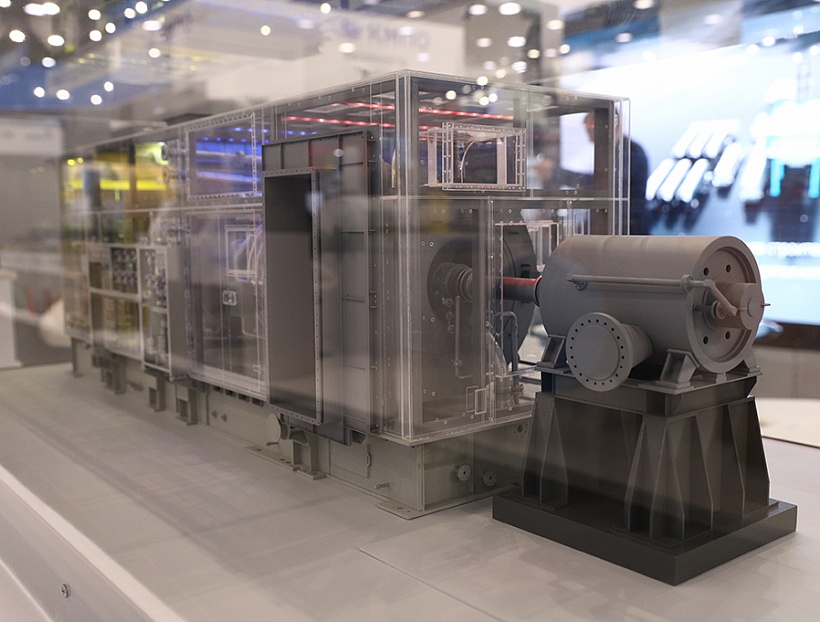 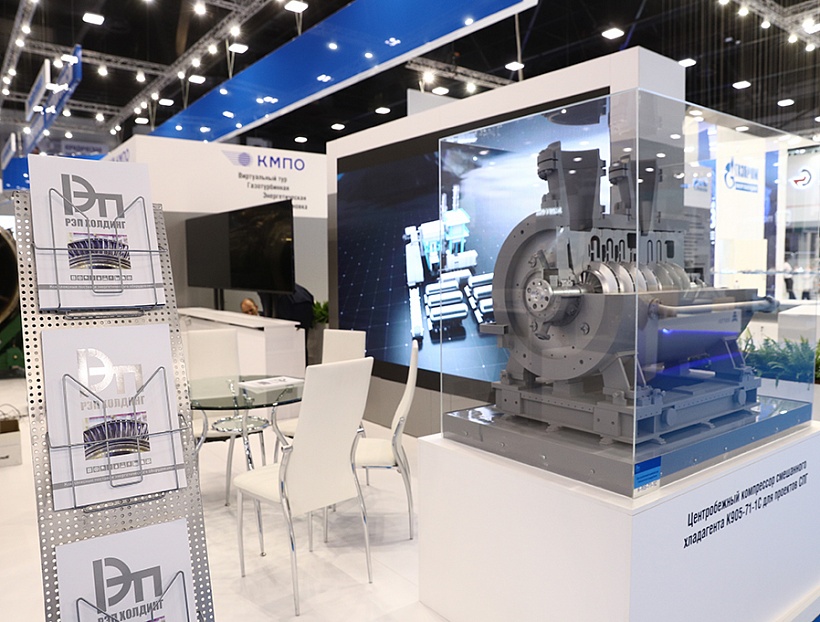 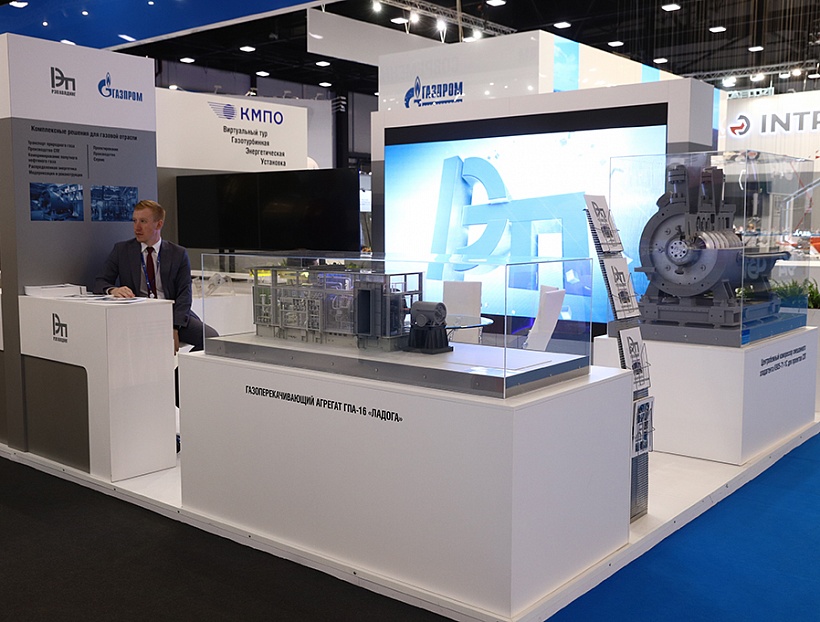 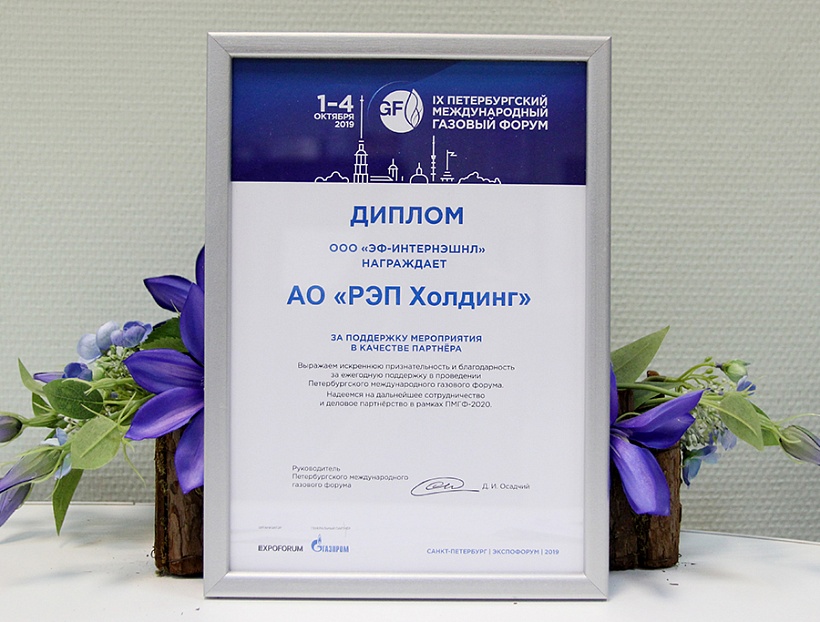 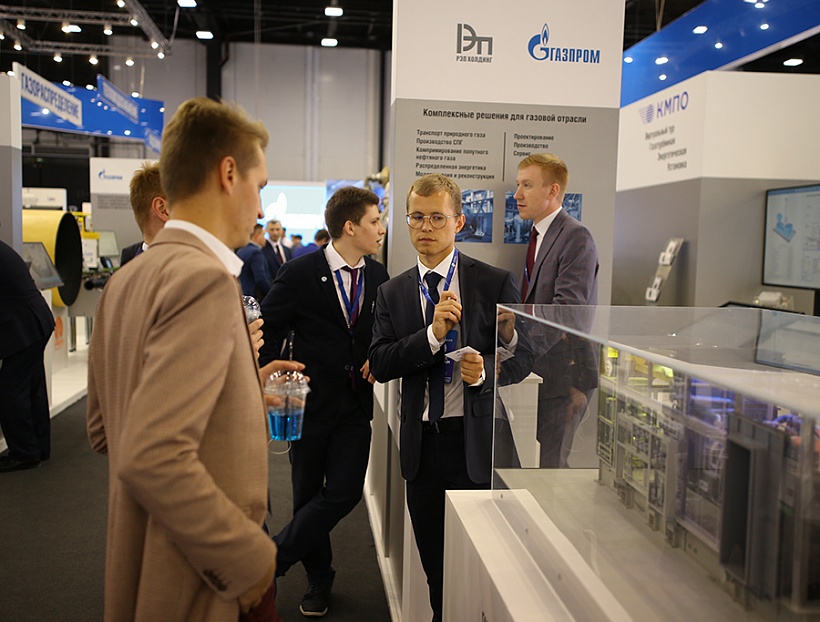 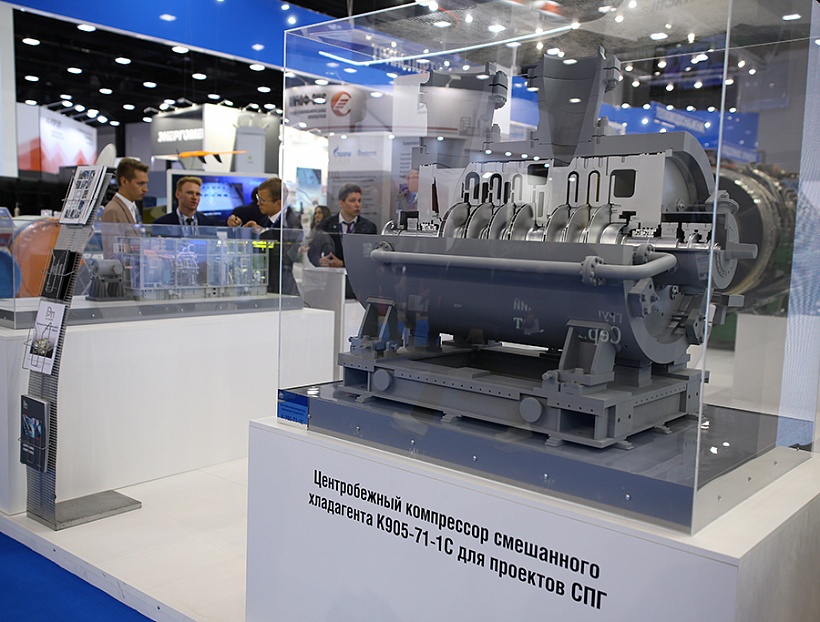 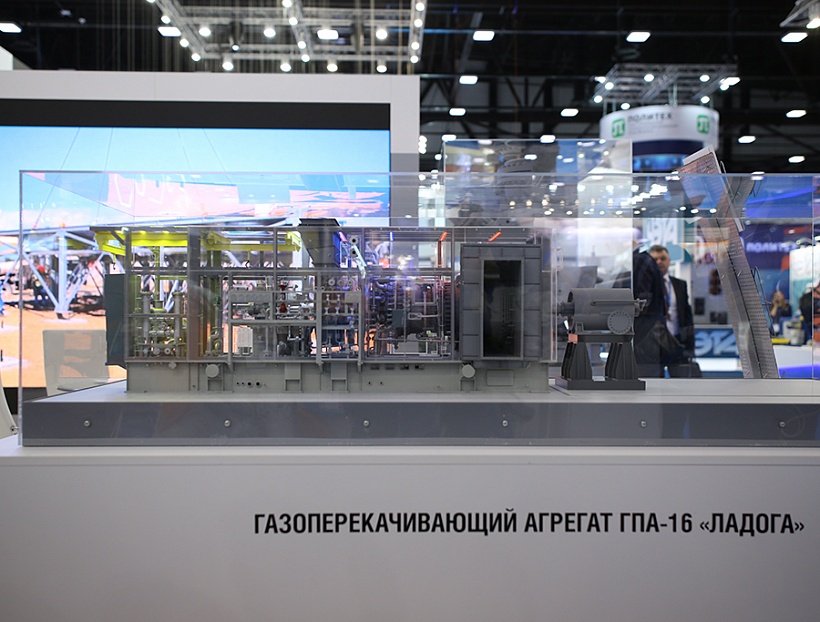 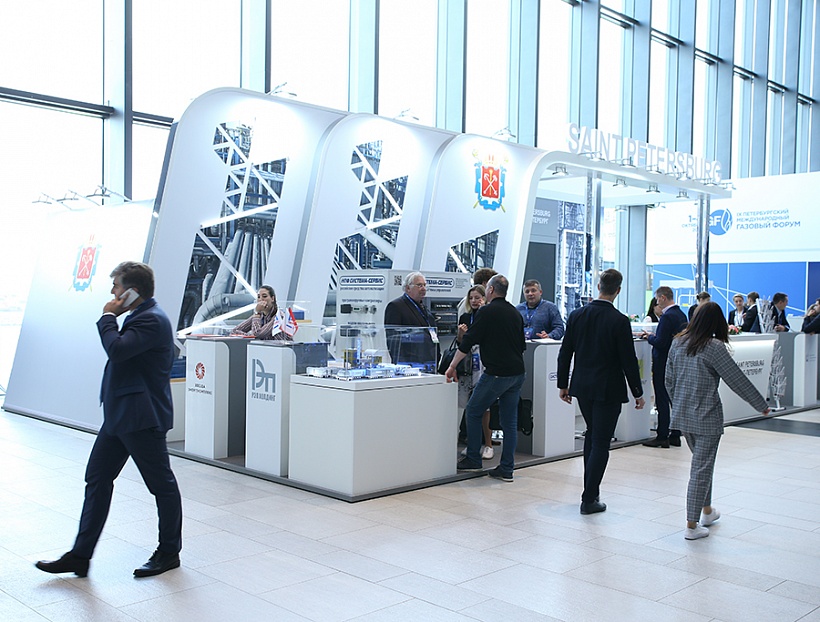 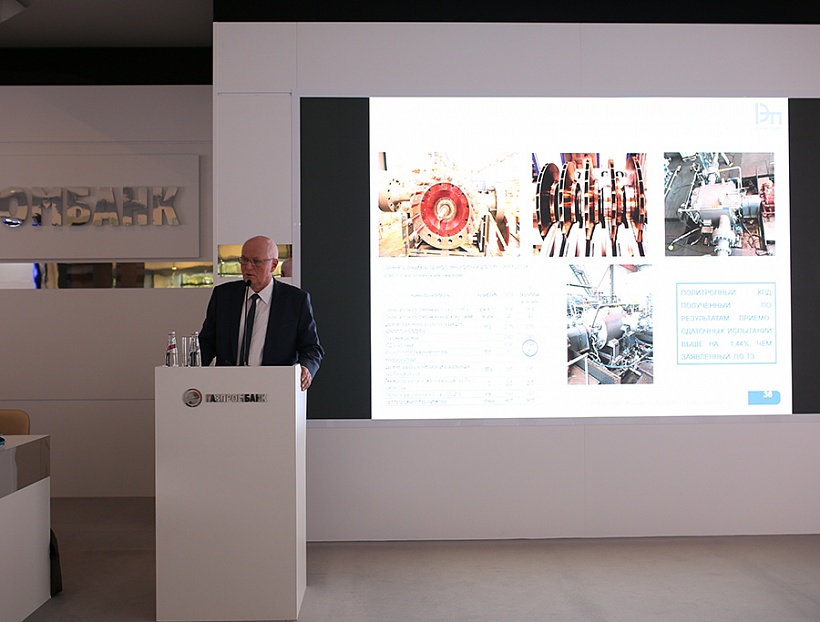 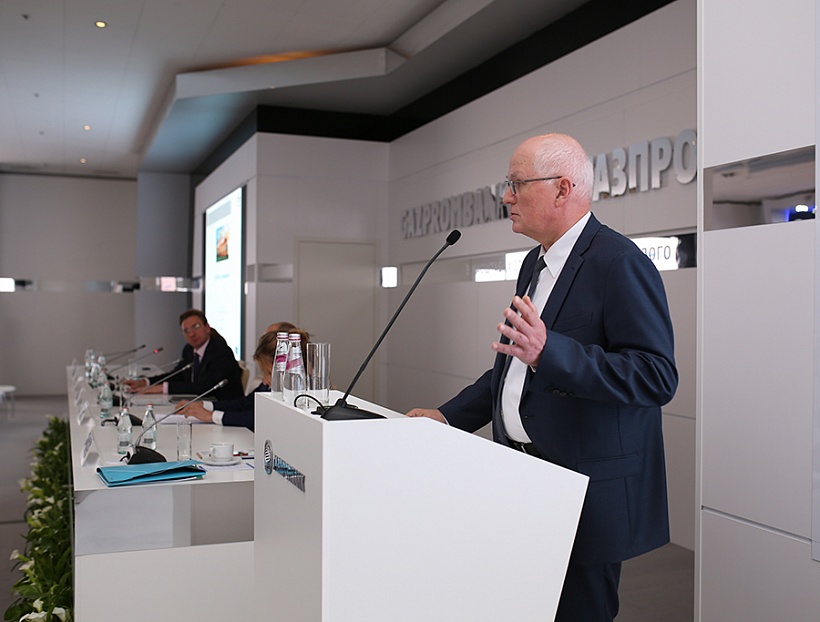 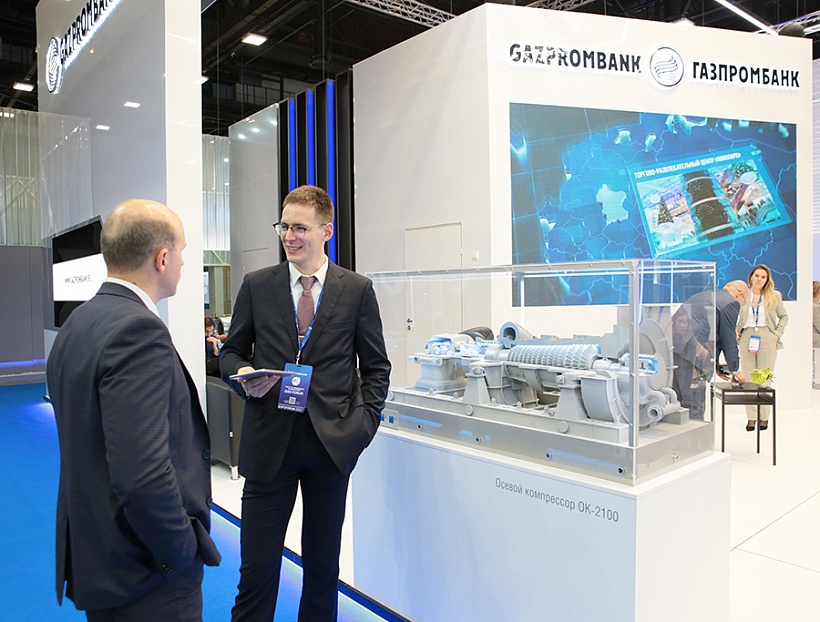 REP Holding took comprehensive part in the IX St. Petersburg International Gas Forum. One of the biggest specialized exhibition event in the oil and gas industry was held from October 1 to 4 at the Convention and Exhibition Centre «EXPOFORUM».

In the status of an official partner of the Forum at three exhibition displays REP Holding presented its advanced equipment and competencies in the field of import substitution technologies for the gas industry.

As a part of the corporate exposition of Gazprom PJSC «Modern domestic technologies in the gas industry» REP Holding made presentation of mock-up samples of the gas-pumping unit GPA-16 and the first domestic centrifugal compressor of mixed refrigerant type for medium tonnage LNG production.

During official walk-around the REP Holding’s booth was visited by the delegation led by Chairman of the Board of Directors of PJSC Gazprom Viktor Zubkov, Deputy Chairman of the Board of PJSC Gazprom Vitaly Markelov and Memeber of the Management Board, Head of Department 308 of PJSC Gazprom Vyacheslav Mikhalenko. The delegation was told about main characteristics and competitive advantages of the equipment presented, also some prospects for applying new GTU with the capacity of 16 MW на объектах ПАО «Газпром» were discussed.

The base of this GPU with the power 16MW is the new energy-efficient gas turbine unit T-16, which fully complies with the modern market requirements to improve efficiency, to reduce harmful emissions and to increase the life of the work. This is the first industrial gas-turbine unit produced by domestic manufacturer within such power range, which has no analogues in Russia in terms of economy, efficiency (37% efficiency), operating recourses (more than 200,000 hours) and emission characteristics (NOx≤25 ppm). The highly efficient GTU T16 was designed by REP Holding engineers in partnership with GE Oil & Gas, taking into consideration all the requirements of the Russian market for usage on objects of the unified gas pipeline system and in the Russian energy system.

Another unique competency of REP Holding within the framework of the imports phase-out program was presented at Gazprombank's exhibition stand. The dynamic mock-up of axial compressor OK-2100 was presented at the exhibition, this compressor is intended for compressing and suppling of atmospheric air to technological units, which are used in oil and gas, chemical and metallurgical industries.

The compressor was designed and manufactured by REP Holding under an agreement with PJSC “TATNEFT”, for its application in the set of catalytic cracking unit for oil refining complex of JSC “TANECO”.

“Mastering of this new manufacturing technology for this equipment by Holding has its strategic importance for the industry, because it allows creating the high-tech competitive Russian product, which is not on par with in its characteristics to foreign counterparts, with great prospects within the terms of its serial production. REP Holding has significant experience in the design and manufacture of axial compressors and, today, is the only company in Russia capable of delivering this type of compressor for industrial needs”, - mentioned Mr. Evgeniy Kislitsyn, the President of REP Holding.

REP Holding presented its advanced development – the rapidly erected modular combined cycle gas turbine unit with power 20-25 MW on the base of gas turbine engineT16 on the collective stand of the Industrial Policy Committee, Innovation and Trade of Saint-Petersburg. This unit is intended for high economical power supply and heat to consumers, which is achieved due to cogeneration production and a flexible approach to the execution and configuration of the unit.

Except the exhibition block, the company's competencies were presented as part of the Forum's congress program. The specialists of REP Holding took the active part in meetings of industry conferences and round tables as listeners, participants within discussions and speakers. At the seminar for suppliers and contractors of oil and gas sector, organized by Gazprombank, the chief designer of REP Holding's turbines Department Mr. Sergey Erokhin, made the report in which he spoke about innovative equipment and advanced developments of the company for the gas industry.