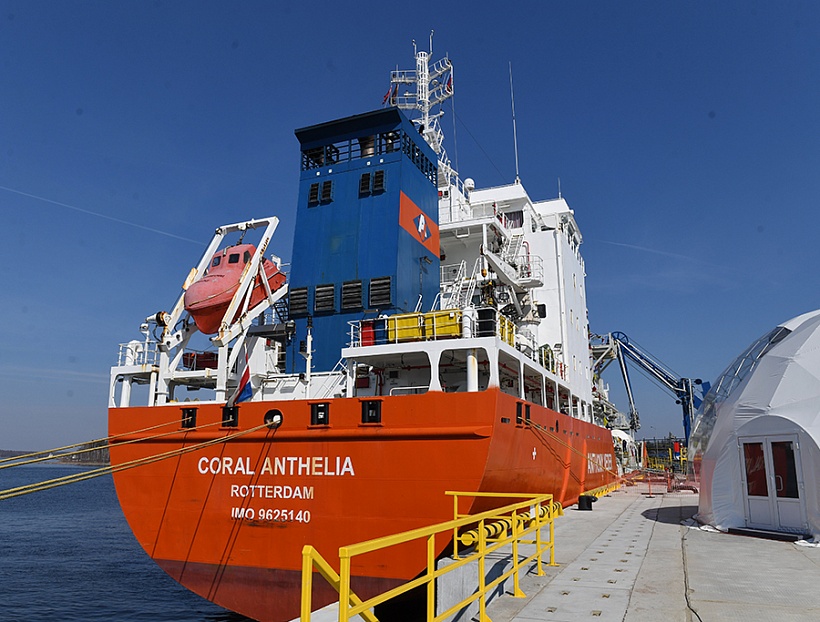 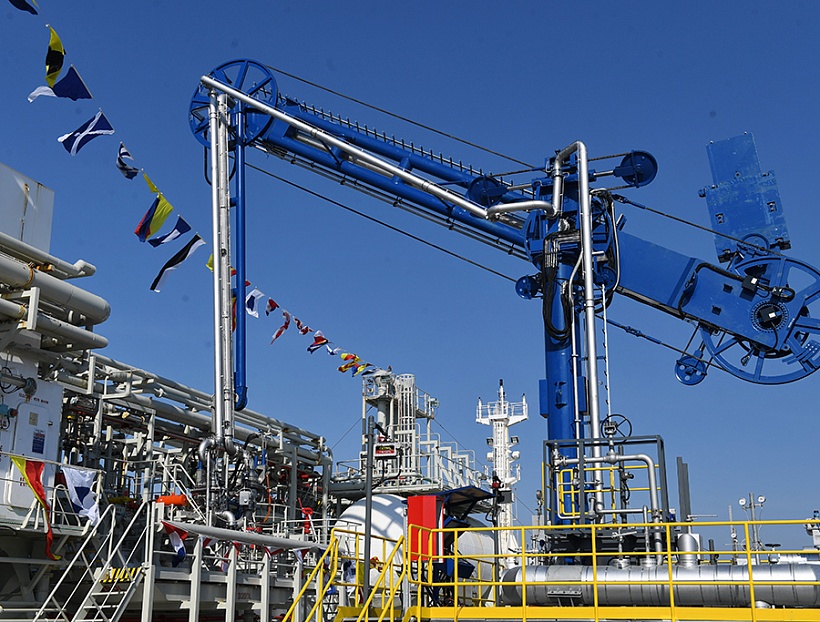 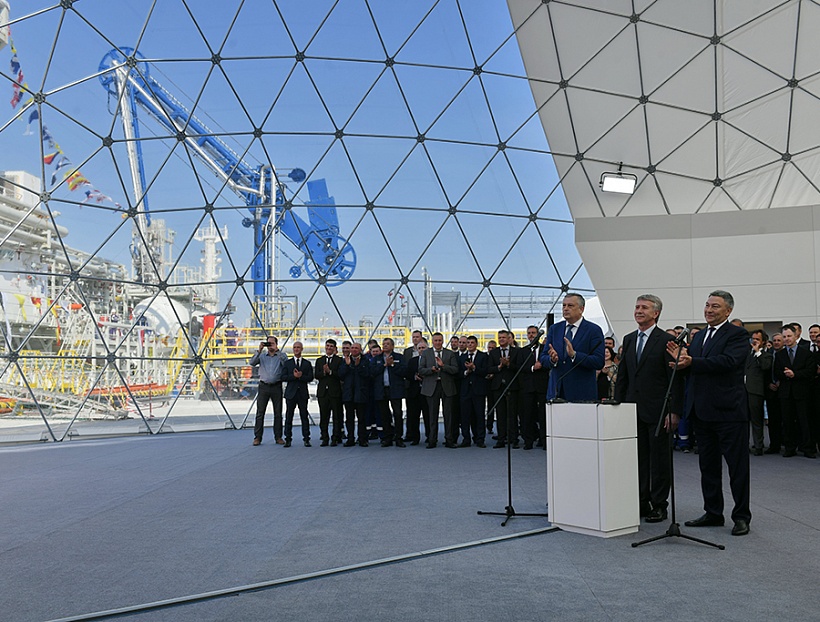 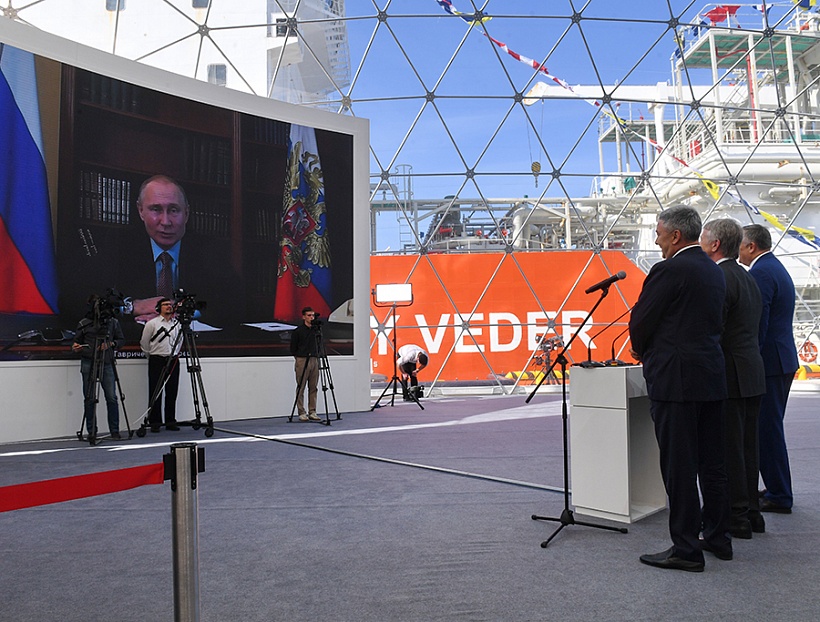 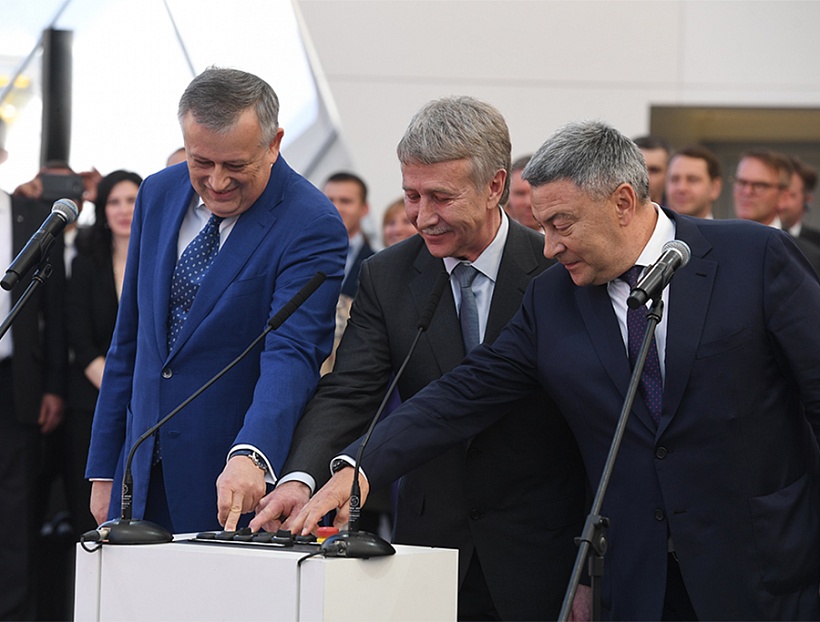 “Kriogaz-Vysotsk” is (the joint venture of PJSC “NOVATEK” and JSC “Gazprobank”) started the commercial operation of the production of liquefied natural gas (LNG). Start-up ceremony of a terminal for the production, storage and shipment of liquefied natural gas in the port of Vysotsk took place on the 24th of April 2019. In a teleconference mode, the President of the Russian Federation Vladimir Putin started the first LNG medium-tonnage production project in the Baltic region.

“Kriogaz-Vysotsk” is our first project for medium-tonnage LNG production, said Leonid Mikhelson, the Chairman of the Board of NOVATEK. - Special marketing strategy foresees the bunkering, small-scale wholesale LNG sales, and also the LNG supply as motor fuel for vehicles to the markets of the Baltic, Scandinavia and North-Western Europe. The use of LNG as a motor fuel allows reducing the carbon emissions and meets new environmental standards, such as the International Maritime Organization's requirements for reducing sulfur emissions since 2020. We are getting the significant potential growth on these market segments in this region.”

Special for this project, REP Holding designed and manufactured a centrifugal compressor K 905-71-1C for the refrigeration cycle. This development has the strategy importance for the further development of domestic compressor engineering in the field of natural gas liquefaction and LNG medium-tonnage production in Russia. REP Holding became the first on the territory of the Russian Federation and the third in the world manufacturer of compressor equipment of this type.

The high-tech elements of the bundle are used in the compressor - all-milled axial radial impellers with spatial blades. Two compressor units of the mixed refrigerant operate into two independent technological lines for liquefying natural gas in a closed refrigerant cycle of equal capacity - 330 thousand tons of LNG per year.

“The production of compressors of mixed refrigerant for medium-tonnage LNG production, mastered by REP Holding, prospectively, will create Russian technology for liquefying natural gas, increase the share of using high-tech domestic equipment in the construction of large-scale plants, and reduce the dependence on service programs of foreign manufacturers. We congratulate NOVATEK on the start-up of LNG medium-tonnage production and thank the customer for the trust they have shown,” Tagir Nigmatulin, the President of JSC “REP Holding” said.

The medium-tonnage LNG project "Kriogaz-Vysotsk" is located in the port of Vysotsk, the Leningrad Region on the Baltic Sea. The capacity of the project is 660 thousand tons per year, its infrastructure also includes an LNG storage tank with the capacity of 42 thousand cubic meters and shipping berth, possible to take tankers with the cargo capacity up to 30 thousand cubic meters “NOVATEK” acquired a 51% stake in LLC “Cryogaz-Vysotsk” in July 2017.

PJSC "NOVATEK" is one of the largest independent producers of natural gas in Russia; in 2017, the Company entered the international gas market with the successful realization of the “Yamal LNG” project. Established in 1994, the Company is engaged in the exploration, production, processing and marketing of gas and liquid hydrocarbons. The NOVATEK fields and license areas are located mainly in the Yamalo-Nenets Autonomous District, the largest region in the world in natural gas production, which accounts for about 80% of gas production in Russia and about 15% of the global gas production. "NOVATEK" is a public joint stock company established in accordance with laws of the Russian Federation. NOVATEK shares are listed on the Moscow Stock Exchange in Russia, and Global Depositary Receipts are listed on the London Stock Exchange (LSE) under the symbol “NVTK”.