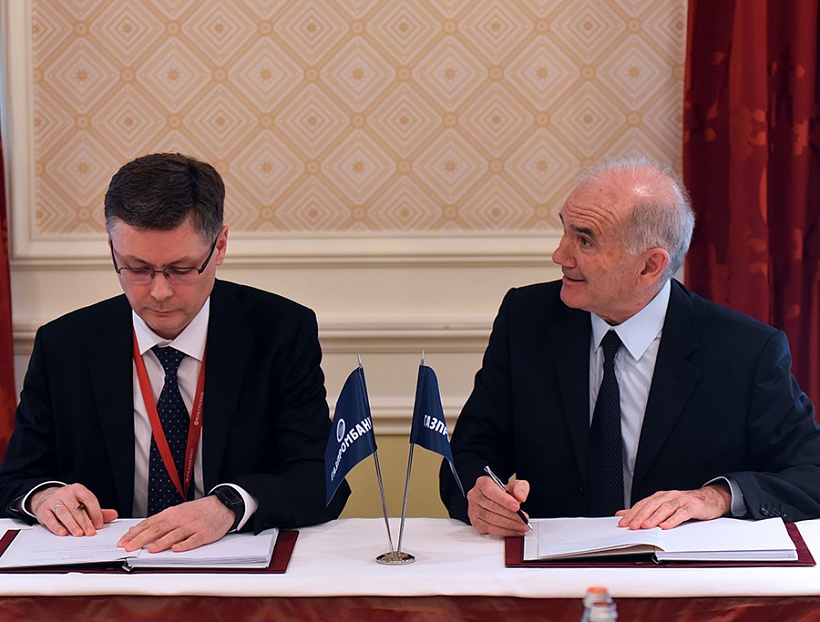 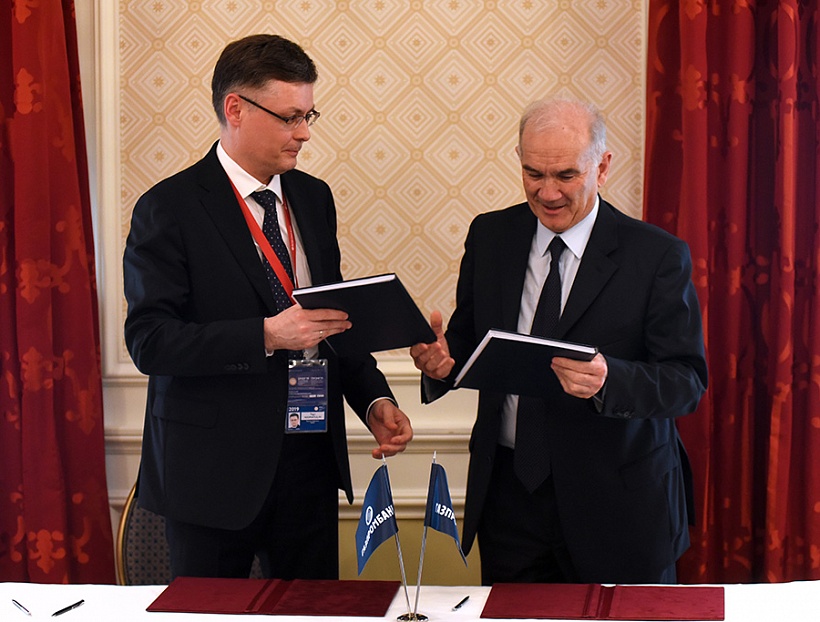 During the St. Petersburg International Economic Forum Joint Stock Company “REP Holding” and Italian company Ansaldo Energia S.p.A. signed an agreement on the establishment of a Joint Venture (JV) to produce, modernize, repair and provide a full-cycle service offering for high-power industrial gas and steam turbines in Russia. The product range offered by the JV will include three Ansaldo Energia gas turbine models in the power range from 70 to 340 MW, full-featured for power generation applications, as well as two models of the steam turbines in the power range from 40 to 350 MW. The JV will be registered in St. Petersburg, localization of production is planned on the production facilities of JSC "REP Holding”.

Ansaldo Energia will transfer to the JV exclusive rights to use its technology to manufacture, sell and service gas turbines and steam turbines not only in Russia, but also in CIS and other countries agreed by the parties.
Technology to be transferred includes a comprehensive set of technical documentation on gas and steam turbines and the relative control systems, enabling the JV not only to manufacture and modernize this equipment, but also to provide service and repair activities for the owners of foreign industrial turbines in the target markets.
The agreement provides for the maximum possible localization of production and service facilities in Russia including creation of JV’s own chain of qualified local suppliers of components and materials.

“Particular attention is going to be paid to the localization of production and repair services for the “hot” part of gas turbines, which involves most sophisticated technology. Therefore, the product range offered by the Joint Venture will comply with the latest requirements of the Government of the Russian Federation on the localization of power generating equipment. The Joint Venture will provide to its clients full lifecycle solutions based on localized service and repair”, said the President of JSC "REP Holding” Tagir Nigmatulin.

“Ansaldo Energia is very enthusiastic and confident that the JV will be a win-win solution to provide the best equipment and services to clients in Russia and CIS”, said the CEO of Ansaldo Energia Giuseppe Zampini.

“As a strategic and financial partner of REP Holding, Gazprombank considers establishment of the Joint Venture to be an important endeavor in the framework of localization strategy in Russian power industry”, said the Deputy Chairman of the Board of Directors of Gazprombank Alexander Stepanov.

For reference:
Gazprombank (Joint-Stock Company) is one of the largest universal financial institutions in Russia, offering a wide range of banking, financial and investment products and services to corporate and private clients, financial institutions, and institutional and private investors. The Bank is one of the three largest banks in Russia, based on all key indicators and rankings, and the third most important bank in Central and Eastern Europe in terms of equity capital.

JSC "REP Holding" is a developer, manufacturer and supplier of new generation power equipment, including industrial gas turbines rated from 16 to 32 MW, steam turbines, centrifugal and axial compressors, gas-pumping units and electrical equipment. The Company operates in engineering development, manufacture and package supplies for power-generation and electric equipment for the oil & gas, metallurgical and chemical industries, for power generation and for integrated power grids. The equipment supplied is widely used in the modernization of the gas transportation system, in the construction of modern power units and power stations, in small-scale power generation, in the LNG market, and in a number of other industries.

Ansaldo Energia Group is a leading international player in the power generation industry, to which it brings an integrated model embracing turnkey plants, components (gas turbines, steam turbines, generators and microturbines), servicing and work in the nuclear energy sector. Ansaldo Energia is 59,9% owned by CDP Equity in the Cassa Depositi e Prestiti Group, an Italian state-owned entity which has been promoting the country’s economy since 1850, and 40% by Shanghai Electric, the world-leading producer of power generation machinery and mechanical equipment.