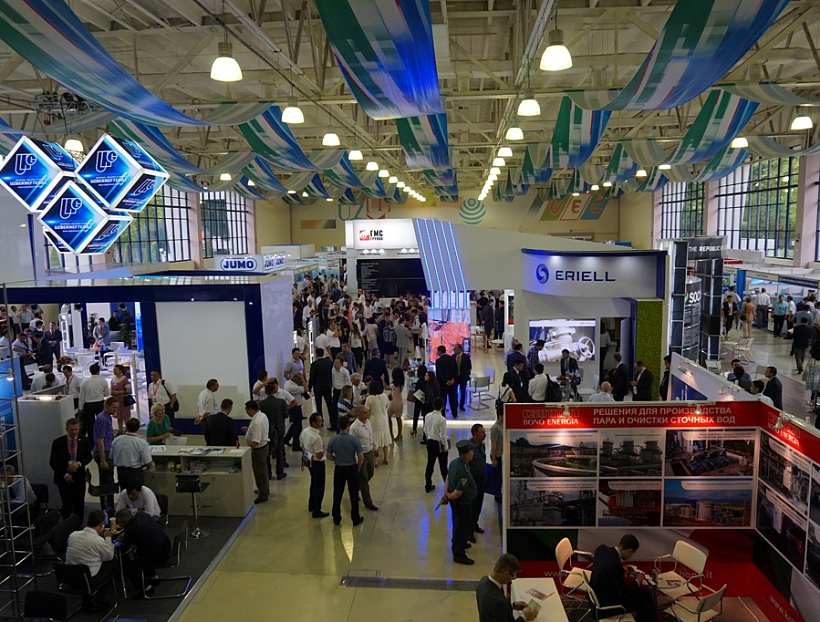 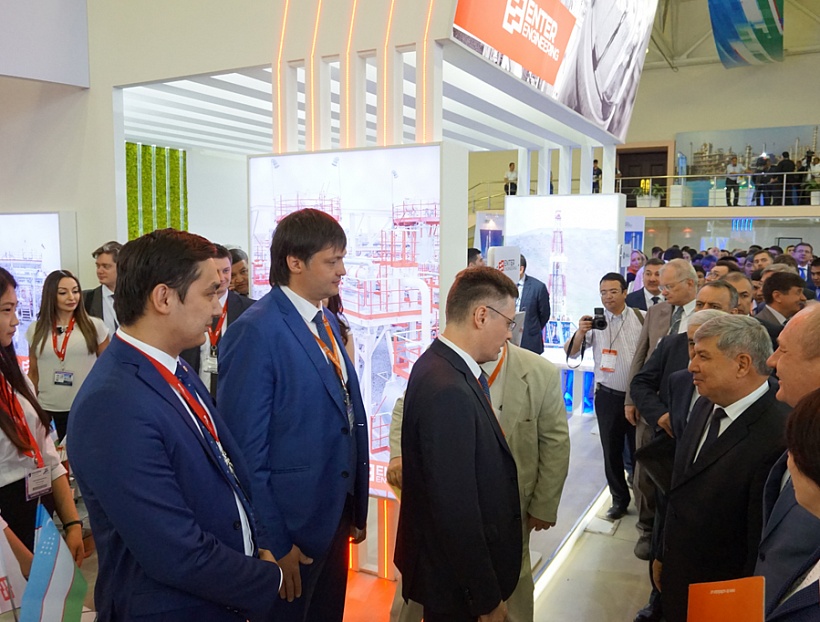 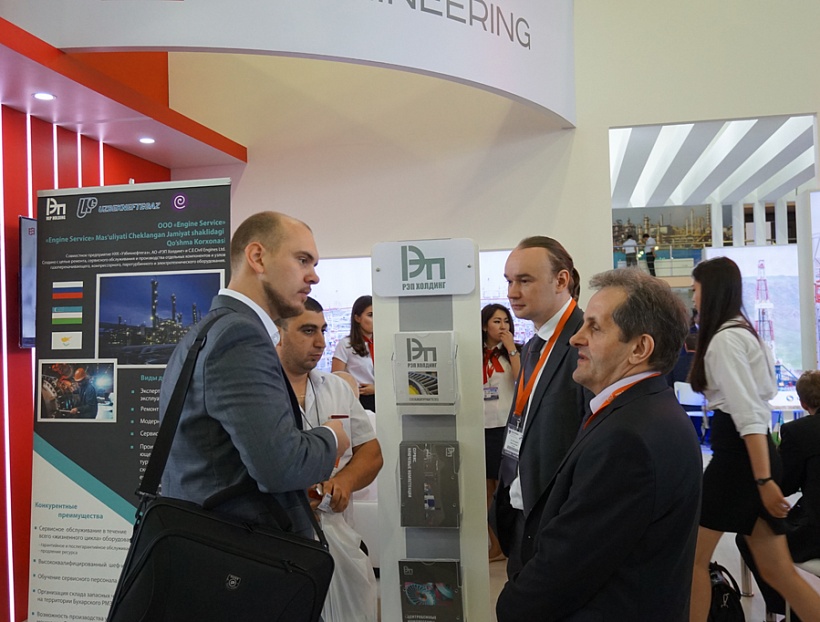 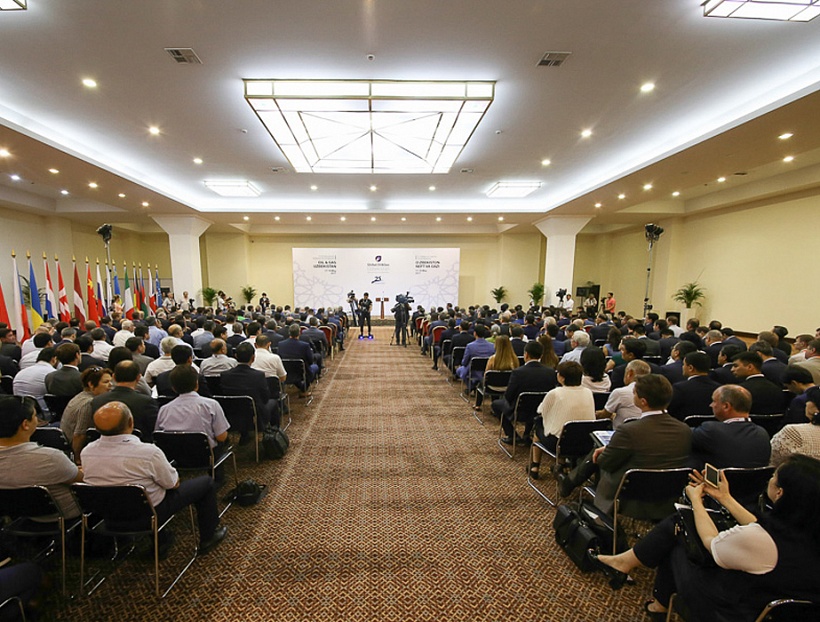 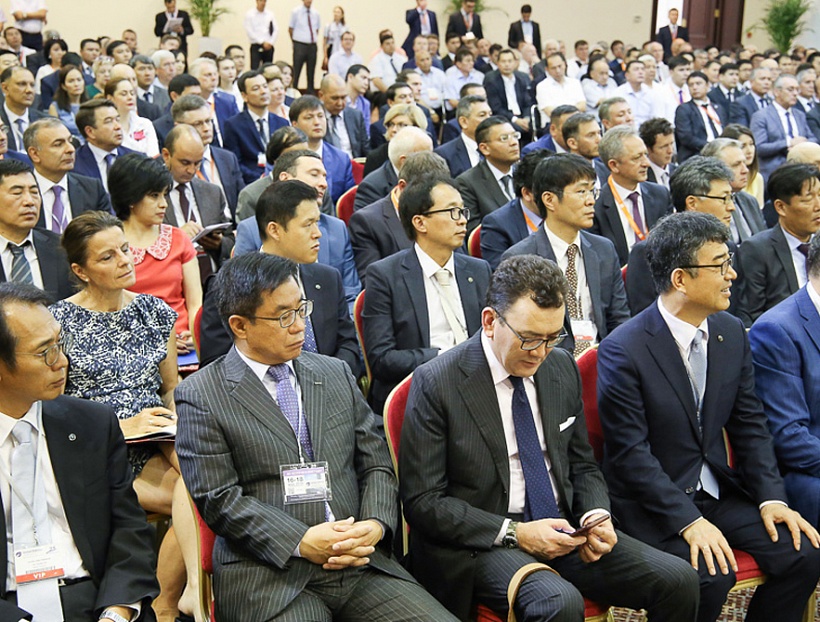 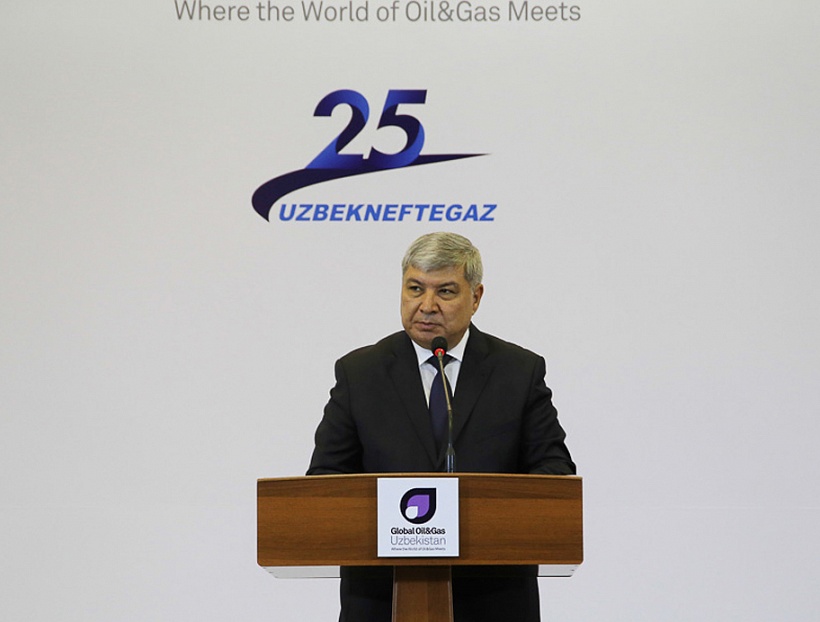 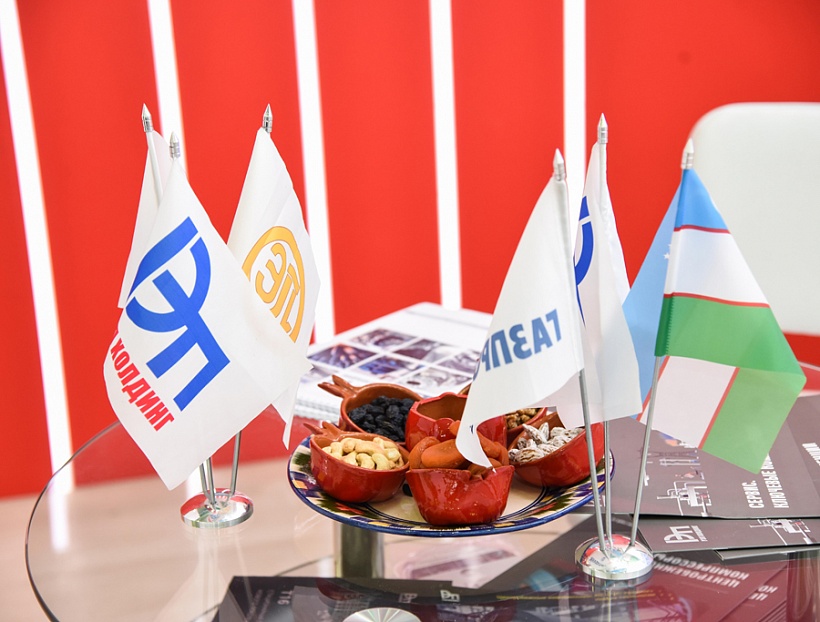 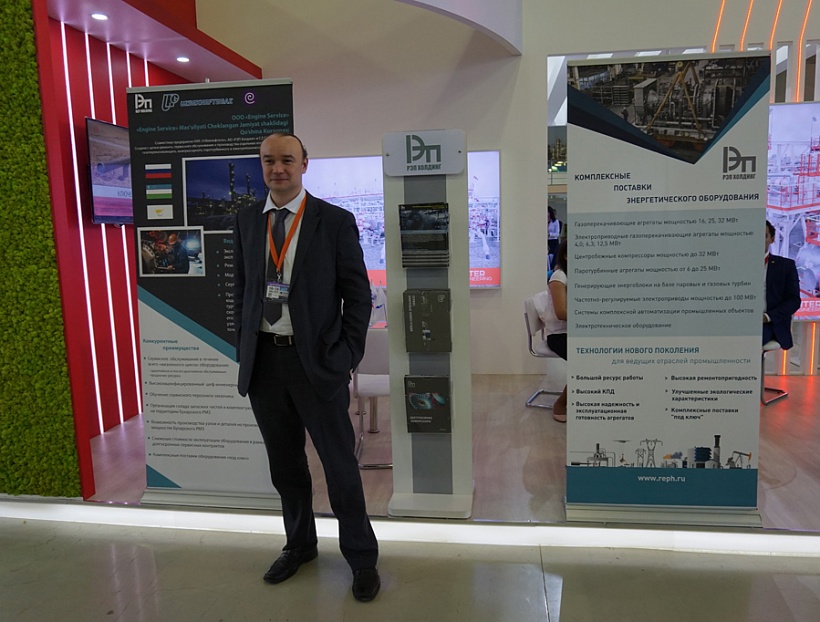 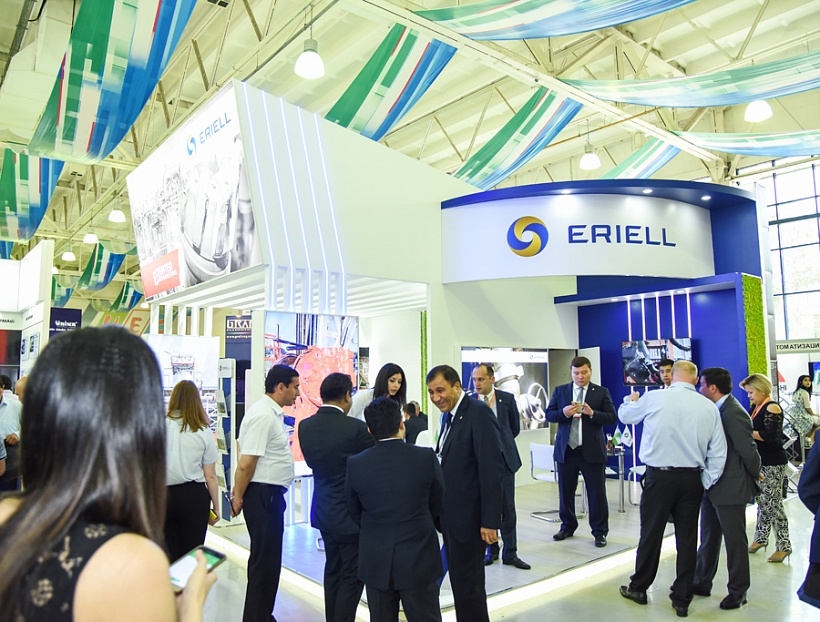 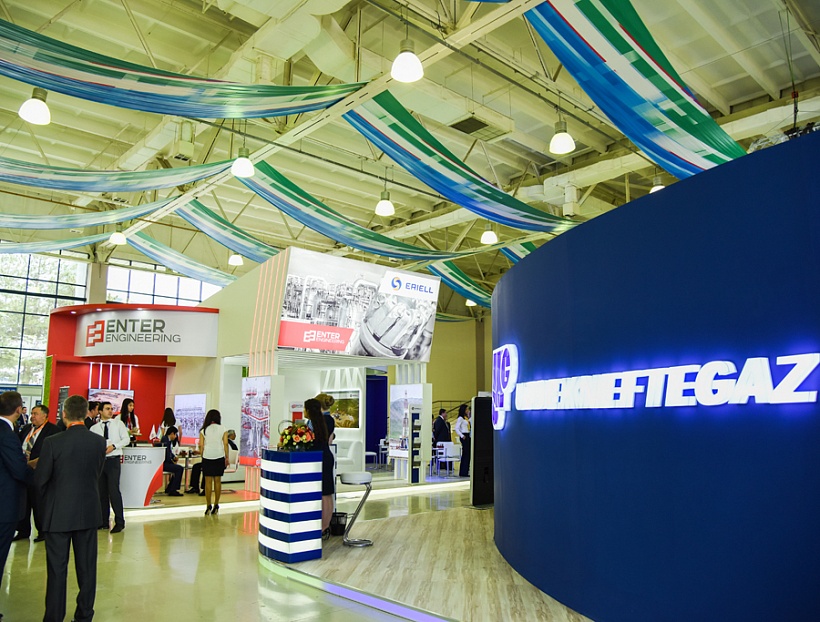 "REP Holding" took part in the XXI International Exhibition "Oil and Gas of Uzbekistan - OGU 2017", which was held from the period 17th – 19th of May in Tashkent in the exhibition complex "Uzexpocenter". The event was organized with the official support of the Cabinet of Ministers of the Republic and the national holding company "Uzbekneftegaz", this company will celebrate 25 years from the moment of foundation this year.

The exhibition is the largest business event in Uzbekistan, the international business platform of the highest level for demonstration of the latest achievements and technical developments for oil and gas companies, and also the meeting place for equipment manufacturers, suppliers and customers.

Products for Oil and Gas sector, the solutions on the field of complex supplies of power equipment and service competencies, "REP Holding" presented joint mount with partner companies “Enter Engineering” and “Eriell”. The Holding presented a range of gas pumping units and combined cycle gas turbine unit on the base of stationary industrial turbines of medium power 16 to 32 MW, manufactured in cooperation with the world's leading manufacturers.

Also "REP Holding" presented high-performance compressors, which have wide application in the oil and gas production and processing. The guests of the mount showed the great interest in innovative developments using integrally-machined axial-radial impellers, active magnetic bearing system and "dry" gas-dynamic seals. A special place in the presented range of products was given to the first in Russia mixed refrigerant compressor, which was designed by the Holding's engineers within the frames of the project for liquefying natural gas plant construction.

On the exhibition mount of "REP Holding" the manufacturing range of modern electro technical equipment was shown, which also has a high demand for the construction and modernization of oil and gas facilities in Uzbekistan.

The main part of the business program of the forum was the XXI global conference "Oil and Gas of Uzbekistan - OGU 2017", where key prospects of development of the oil and gas industry of Uzbekistan were discussed. As priorities, the programs of modernization and development of new fields were named in order to obtain high profitability. The members of the conference discussed the measures, which have been already taken or planned for implementation to improve the investment climate in the region and attract investors, including foreign investors.

Within the frames of the event, the official meeting between the President of "REP Holding" Mr. Tagir Nigmatulin and the Prime Minister in Deputy of Uzbekistan Mr. Gulomzhon Ibragimov and the Chairman of the Board of NHC "Uzbekneftegaz" Mr. Alisher Sultanov. The participants of the meeting discussed the issues of strategic partnership, and also the prospects for the establishment of the joint venture between “Uzbekneftegaz” and “REP Holding” in order to support the republics’ industrial enterprises on the field of complex service maintenance and engineering support of the operated equipment, and also the production of separate components of gas piping, turbo compressor and electro technical equipment.

Except this, the representatives of “REP Holding” held the meetings with large oil and gas companies of the region: JSC "Uztransgaz", JSC "Uzneftegazmash", LLC “Neftegazinvest”, within the frames of these meetings the prospects of cooperation on the field of equipment supply and performance of service works on the facilities of NHC "Uzbekneftegaz" were discussed. One of the central meetings was a meeting with the delegation of JSC "Uztransgaz", the company is headed by the Chairman in Deputy of the Board Mr. Otabek Amanov.

At the present moment, “REP Holding” supply to Uzbekistan market the electro technical equipment within the frames of large-scale projects for the development of oil and gas fields in the south of the republic - Adamtash, Gumbulak, Dzharkuduk-Yangi Kizilcha and others.


Back to the news
Sitemap