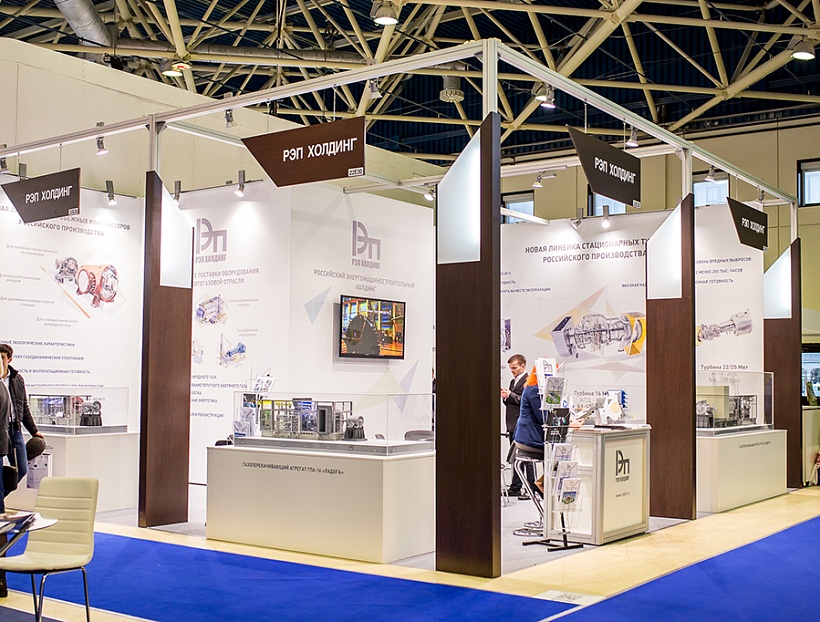 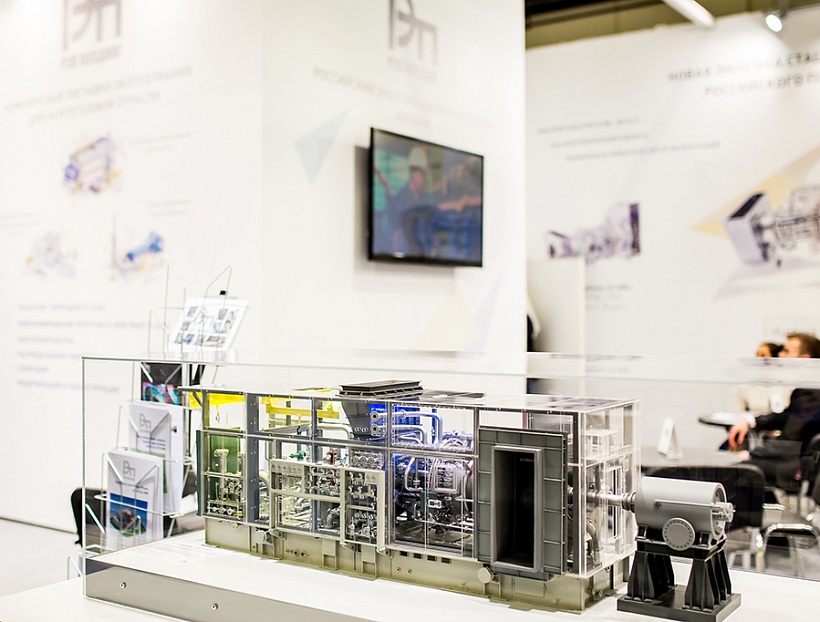 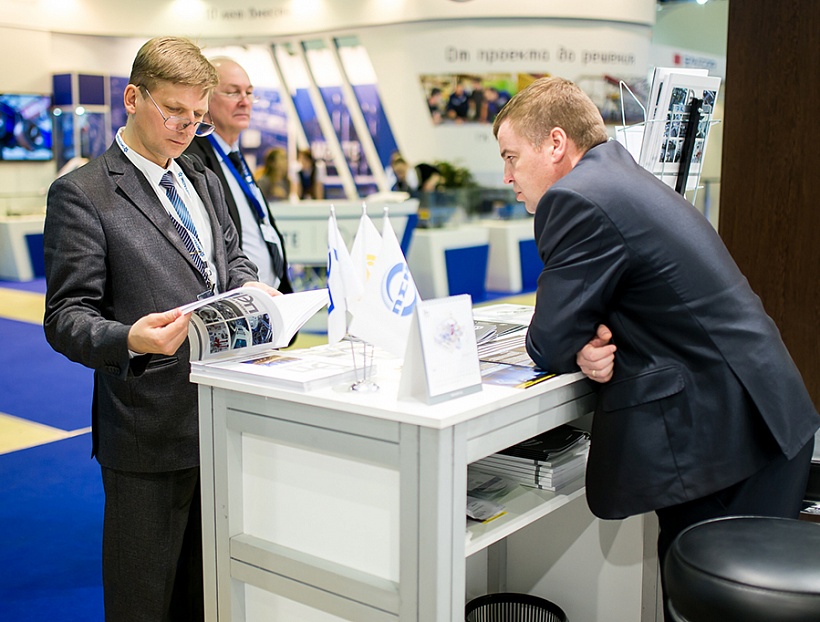 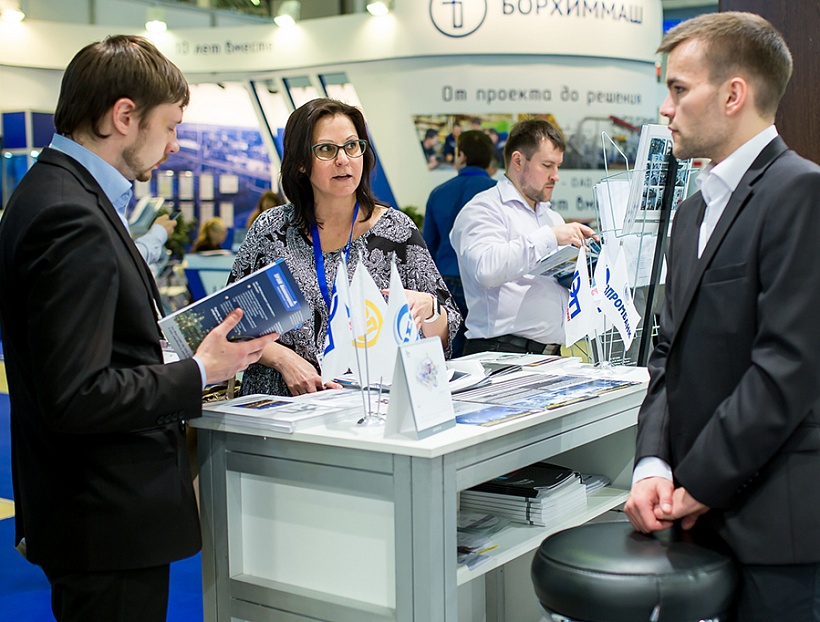 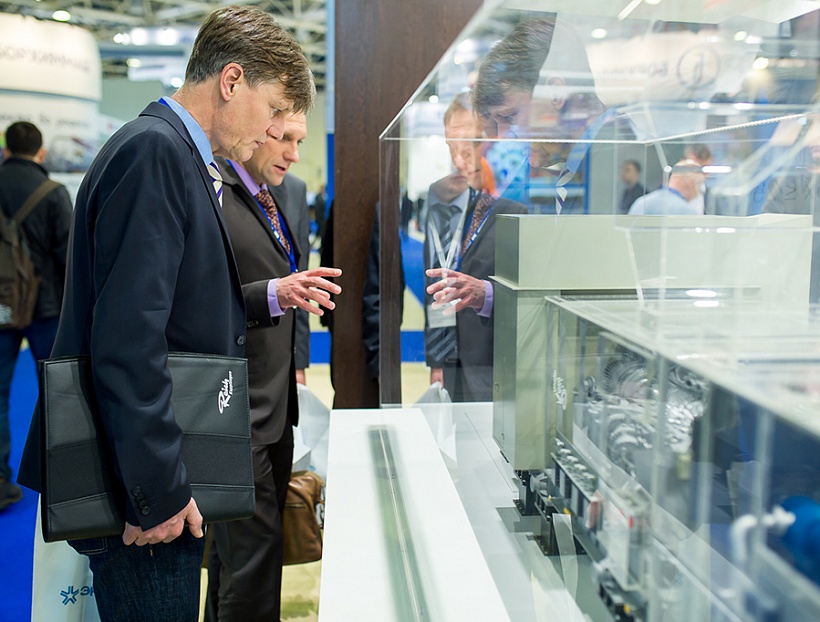 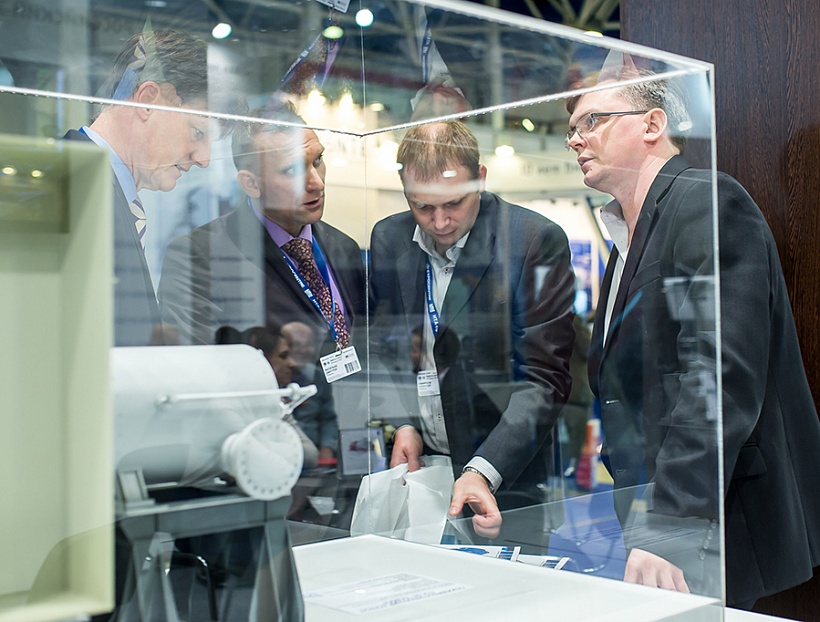 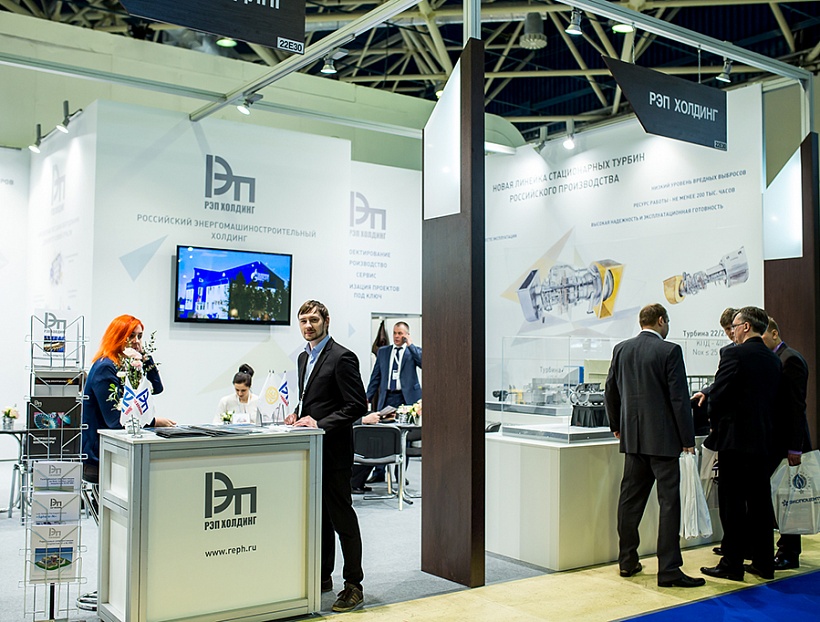 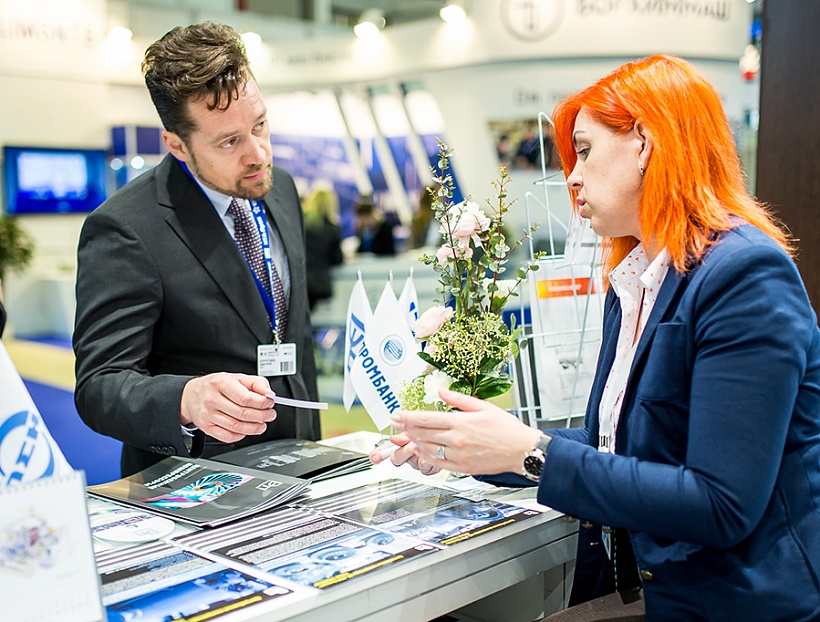 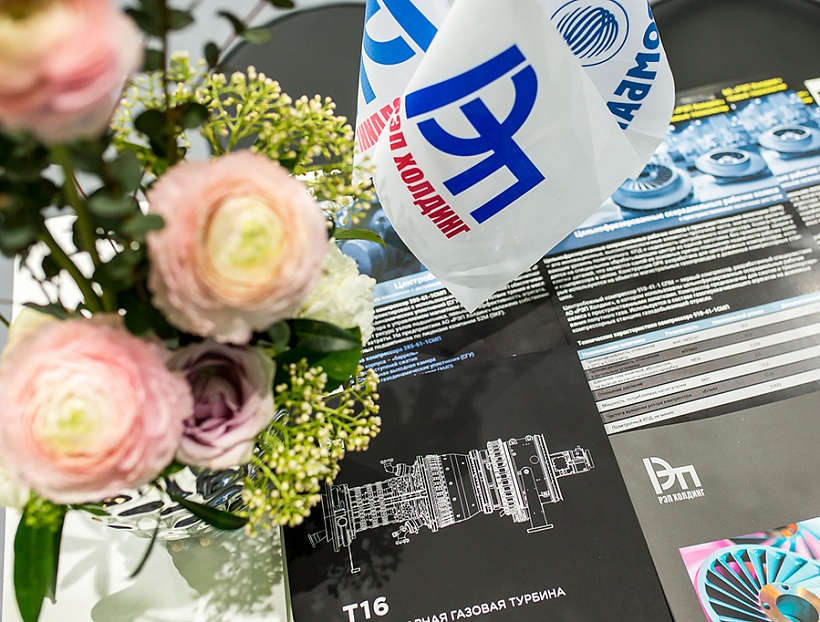 ( 10 / 10 )
REP Holding took part in the international annual exhibition "Oil and Gas 2016” held under the patronage of the RF Ministry of Energy and the Chamber of Commerce and Industry of the Russian Federation in the Central Exhibition Complex “Expocentr” from April 18 to 21, 2016 .

The largest Oil and Gas Exhibition brought together 650 major producers and suppliers of oil and gas equipment, oil and gas producing and processing enterprises, oil service and exploration companies from 26 countries all over the world.

At the exhibition REP Holding presented a wide range of modern equipment for the oil and gas industry: high-tech gas-pumping units of different power (GPA and EGPA), state of the art compressor equipment, as well as advanced technologies and comprehensive solutions for renovation of industrial facilities and construction of power generating units on the basis of gas and steam turbines.

The T16 gas turbine unit released by the Holding enterprises this year was taking center stage in the REP Holding exhibition stand.

This is the first Russian stationary gas turbine rated at 16 MW, designed by REP Holding engineers in partnership with GE Oil & Gas with due regard for the Russian market requirements. The unit is to be used at the facilities of the Integrated Gas Transmission System and in the electric power system of the Russian Federation. T16 GTU features high efficiency (37%), low level of harmful emissions (NOx<25ppm) and extended operational life (200 ths. hours). The newly-designed unit is unparalleled in Russia in terms of its performances. At present the tests of the prototype unit are being completed on the production site of REP Holding.

Besides T16 GTU, the gas-pumping unit GPA-32 "Ladoga” well known at the market and manufactured by REP Holding since 2009 under license from GE Oil & Gas was presented at the exhibition. The units developed on the basis of the base family of GTU MS5002 are actively used on strategically important facilities of the Russian oil and gas system. GPA-32 units are supplied within the framework of the projects for modernization and new construction of PAO “Gazprom”, PAO “Gazpromneft» etc. To date, 53 units have been manufactured at the enterprises of REP Holding, many of them have been already successfully operated on site.

Also, GTU T25 was presented in the line of new generation gas-turbine units. Any type of stationary turbines produced by REP Holding can be successfully used both as a mechanical drive of natural gas compressors and as a generator drive to produce electric power at simple and combined cycle power plants. All the units presented provide ample opportunities for service maintenance and maximum repairability on site. Also, a new series of centrifugal compressors was presented, with the active magnetic bearing system and integrally-machined axial-radial impellers with 3D blades employed in their design, for linear gas main facilities, booster compressor stations, oil refineries and liquefied natural gas plants. The new technologies introduced by the Holding into compressor equipment production make it possible to increase efficiency of the units up to 5%, to expand the range of capacity and head characteristic, to reduce the mass and overall dimensions of the design. In addition, REP Holding specialists presented their experience in standardization of the compressor assemblies and parts. The advantages of standardized compressors consist in reduced time of manufacture and reduced cost of production. The equipment features high polytropic efficiency - up to 89%, which is unique for Russia, as well as reliability and improved environmental performance.

Within the framework of the exhibition REP Holding specialists held negotiations with the current customers and potential partners during which they discussed the long-term cooperation issues. On the second day a briefing for representatives of business and industry media took place at the Holding exhibition stand. Vice President of REP Holding Sergei Nikishchenkov replied the reporters ' questions about the main market trends, new developments of the Holding, as well as about implementation of the program of advanced technology localization.

"For our company participation in the exhibition is a chance to introduce its innovative developments and business opportunities to the target audience. We get a better idea about consumer expectations and the main trends of the market at the exhibition. This exhibition has shown once again the relevance of import equipment replacement by Russian substitutes. REP Holding has taken a major step in that direction. The equipment presented at the stand holds great promise for use within the import substitution programs. It meets the requirements of the foreign companies-licensors in its adaptability to manufacture and quality”, Vice President of REP Holding Sergei Nikishchenkov stressed. “This year the Oil and Gas Exhibition has reaffirmed its status of the effective platform to showcase advanced technology and to have productive dialogue between market participants. By contributing to business activity, the exhibition contributes to the development not only of the oil and gas industry, but the Russian economy as a whole”.
Back to the news
Sitemap